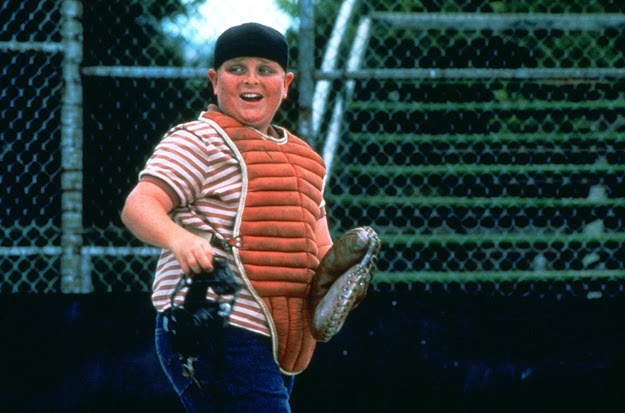 Little league baseball and softball returned to my community a few weeks ago. Practice weeks were cut short, and games are much more relaxed than last season. (Heck, opposing team players are playing Outfield positions when not enough players show up!)
As young players advance through the age groupings, their understanding of the game's nuances and the expectation to perform are both raised.  For one (1) of my kid's particular age group, the mechanics and liturgy of the game have been internalized...and they've progressed onto more advanced defensive situational thinking:
That sorta stuff.
And of course, it got me pondering Boyd's OODA and its role in baseball's situational thinking.

Baseball is a great environment to discuss OODA. Here's why:
At each position on the field, the player must constantly consider the current situation. Not the situation last pitch. The situation now. Players observe the field, the runners, the batter, the score, and the balls & strikes. They orient this cluster of information to situational mental models learned in practice and analysis of previous games. What does this mean for my role in this coming moment? And how might I have to preform in this coming moment?
It's at this point, good players mentally synthesize or recall a repertoire of actions for the current game situation, through If-Then (or When-Then) responses:
Adding a touch of complicatedness and higher-order thinking:
These thinking players are priming their decision-making through OODA's pre-orienting and pre-hypothesizing. It's plotting or recalling a decision tree, with second- (and maybe third-) order effects. Decisions are, in a way, made before to the actual situation. This is early stage of "technical"- level anticipatory thinking.
But this way of thinking is only a step along the progression as a defensive player. As fielders become better, they also "stack-the-deck" in their favor by positioning themselves in a more-optimal place. Fielders shift where they physically stand on the field...to their left, right, shallow, or deep...based on predictions of how a ball might be, is likely to be batted, or to best interrupt a scoring runner.
There are dire game situations in which a team of Outfielders might play extremely shallow. Or for certain batters, where an Infield team might dramatically shift to the left side of the field. These "tactical" responses go beyond If-Then, into a realm of shaping the environment to gain an advantage or manage risks/rewards.
To go up another level, there are "strategic" aspects of situational thinking. This is when pitchers are swapped, pinch-hitters brought in, and saving arms for Game 5. This is well beyond what my kids are learning (or should be) in 10U baseball!
The pace and structure of of a baseball game allows us to see the phases of OODA more clearly, more defined, more methodically, more separate. Fast-paced, organically-synthesized decision-making or intuitional movement is relegated to only a handful of defensive plays each game.
At the same time, players must execute. They must field, throw, and catch according to these pre-oriented, pre-hypothesized decisions. The physical game must keep up with the mental game.
Without forgetting the emotional and moral side of the game. This applies to every "game."
Little league baseball just so happens to be on my schedule this week.
***