The Dog That Didn't Bark 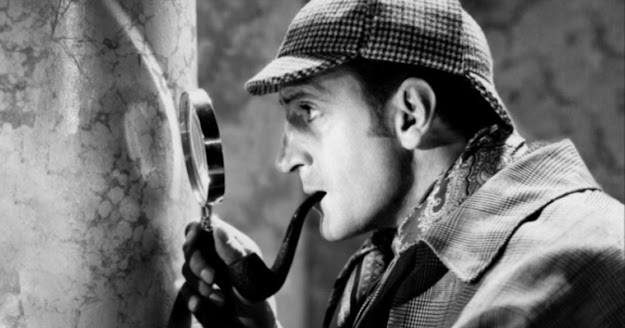 In the Sherlock Holmes story The Adventure of Silver Blaze, author Sir Arthur Conan Doyle writes this about a critical clue in the murder mystery:

Detective: Is there any other point to which you would wish to draw my attention?

Sherlock Holmes: To the curious incident of the dog in the night-time.

Detective: The dog did nothing in the night-time.

Sherlock Holmes: That was the curious incident.

Sherlock Holmes was a master at pattern recognition. And in this case, recognizing the absence of something that otherwise should have been there. The dog didn't bark! The killer must have been known by the dog...
For humans, it's more difficult to see what's not there. Especially when we don't expect it. This sort of observance of negativity is what separates the expert from the novice.
*
Every now and then, I unexpectedly finish the bag of Oreo cookies at home. I reach in and realize there are no more!! Uh oh!!
What's the best course of action?
Certainly it's not to leave the empty bag on the kitchen counter. My wife and kids will see the bag.
No. The best response is to discretely hide the empty bag in the garbage can, under the folded up pizza box. You see...my family is much less likely to see the bag that earlier wasn't empty!!
*
I frequently use the phrase "the dog that didn't bark" when talking about these absent variables. These sorts of things are difficult to discuss because of how many things are also not there!
You know what else isn't on my kitchen counter? A small block Chevy 350 engine. A Civil War musket. A dead parrot. A pair of my dress shoes. The Mona Lisa. Seriously...think about all the things that aren't on my kitchen counter. Basically everything in the whole world - except a bottle of olive oil, a loaf of bread, some bottles of red wine, and a coffee maker.
This is why when a police officer takes a burglary report, s/he's got to rely upon the homeowner to make a list of the stolen items. But also why a veteran copper points to a small spot on the dresser where there is distinctly no dust and specifically asks about what was there!
*
Are there any tricks to seeing what's not there? I'm not sure. Experience surely matters. Maybe asking yourself,

"What should I expect to be here that is missing?"

And then answering with a list.
Patterns are everywhere. But the spoils go to s/he who can spot the negativity.
Like the empty ice cream carton that is also not on the kitchen counter. ;)