Open- vs Closed-Loopedness: On Tightness & Leakiness of Systems 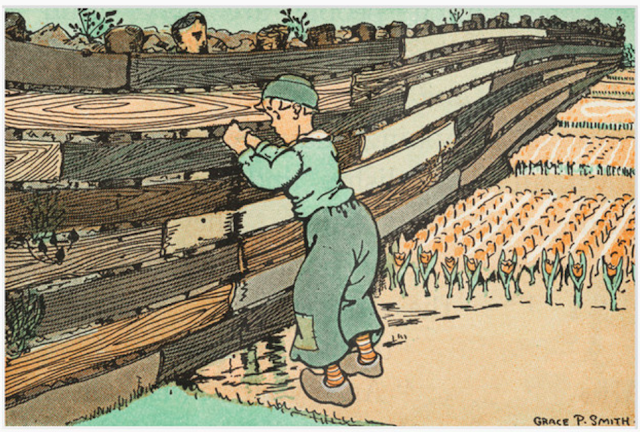 It's been refreshing to hear more and more folks talking about Linear versus Non-Linear thinking. But at times, I wonder if they are confusing this with Closed- versus Open-Loop thinking.

I certainly see relationships between the Linear/Non-Linear and Closed-/Open-Loop descriptors. But I do not see them as interchangeable. Instead of playing the role as kool-aid drinking Word Police (where one's definitions and category labels matter and others' do not!), I will attempt to explain how *I* see them. Maybe you'll agree. If you disagree, just don't hit me over the head with your dictionary!

In a September 2015 blog The Routine Traffic Stop: Why There Is Such a Thing and Why Cops Should Embrace the Term, I included a section on environments, italicized here:

Stick with me for some scientific and systems-thinking terms. There are several sorts of environments we need to discuss:
Traffic stops are non-linear, open-loop events. Anything can happen. And that's a lot more complex than 9 quintillion possibilities!There's an obvious conversation about Boyd's OODA Loop tangled in here too. But I'll let you research that on your own.

The blog post has been (and continues to be) quite impactful in the ways in which it's sparked conversations on complexity and adaptability, especially within policing, firefighting, and emergency medicine. But back to Open- versus Closed-Loopedness...

Linear systems are, by default, one (1) type of Closed-Loop systems. In the bullet points above, I reference an industrialized factory. Consistent raw product goes in; consistent end product comes out. In many cases, it's literally an assembly LINE. There are controls and constraints employed to maximize predictability. Variables are accounted for. Look at these simple algebraic equations:


In the first, there is one (1) variable: X. The value or output of Y is very much linear. In the second, there are three (3) variables: B, C, D. This second equation is non-linear, as the visual representation is not in the pathway of a line. However, it's still very much complete in the way it accounts (or can account) for all possible variables. Math is good like that. It's dominated by Closed system thinking. And rigid, objective answers. Just flip to the back of the textbook.

In my April 2018 blog The Spectrality of Non-Linearity, I used the analogy of flipping coins, rolling dice, and drawing from a deck playing cards. In these environments, the outcomes are not known ahead of time, yet the predictions have defined bounds:


There are folks who try to explain complex decision-making in terms of playing casino games or thinking in terms of betting against other players. I can't agree with that, because to me, complex means a sense of not only unknown, but also unknowability.

A string of five (5) coin flips is not complex. Three (3) rolls of a pair of dice is not complex. The possibilities might require some more complicated, advanced high school math skills...but we can figure out all of them.  The solutions or possibilities are Closed to unknown, unpredictable outside factors. We can even identify the rates at which each possibility will occur over infinity.

Imagine if I told you that I was going to sneak in one (1) additional playing card (from another deck) into a stack before you drew one (1) card. I'm "leaking" into your otherwise Closed system. If you don't know which card from my deck I slid into yours, you can't "solve" or predict as accurately as you could before. Your system is now Open.

But it's not blown wide Open. It's only one (1) additional card. It's only a little bit Open. Your predictions are still fairly decent. At least for now.

What if I added two (2) cards? Or five (5)? Or ten (10)? Your predictions are becoming more and more inaccurate. Or less useful. Or inappropriate. Or worthless.

What if, on one (1) of my cards that I slid into your deck, I wrote LOU WILL GIVE YOU $5? How about if I wrote LOU IS GOING TO PUNCH YOU IN THE NOSE?

Now you don't even know the rules of the game anymore! Or the possible outcomes. We are really starting to Open the system to the unexpected or unanticipated.

I've preferred to look at Closed- and Open-Loopedness on a spectrum of tightness or leakiness. How much control do we really have on the variability of the inputs or the outputs/outcomes? How much calculability do we realistically retain throughout the process of sense-making, analysis, or manipulation?

Liminal states between Cynefin's Complicated (or ordered) and Complex domains does not (to me), adequately address this spectrum of tightness or leakiness in Open or Closed Systems...or the systems within systems. However, it still provides a visual framework for me to process these thoughts.

Wait! "Systems within systems?" Yes. Consider an internal combustion engine (Closed), inside an automobile as a slightly more complicated (Closed) object, operated by a professional, experienced, yet wholly human driver (Opening)...who is driving on unfamiliar roadways alongside distracted, drunk, ignorant motorists (more Open yet)...being chased by zombies...during a massive earthquake...
But why does this matter?


The ways in which we in design policies, give direction, supervise, train/educate/develop, evaluate, or test depend on the Open- or Closed-Loopedness of not only the environment and functions as a whole, but also the sub-components or aspects within it.

In my world, experienced police detectives investigate financial crimes with a different mindset than street crimes. Interviews with known offenders are approached differently than with persons who may or may not be the offender. Investigators must be aware of crime trends and theories, but also open to anomalies and outliers. Intelligence must be collected, curated, and shared in ways that separate fact from trend/theory/opinion...but should also include trend/theory/opinion!!

The human element tips things towards complex and "opens" the loop, but in different ways and in different levels. I'm sure I can word this better, but the language is escaping me at the moment. Maybe one (1) last analogy:

There's a defining, binary line for a woman being pregnant and not being pregnant. But there's a difference between that cheerful day of the positive pregnancy test at home...and racing a screaming woman to the hospital some 35+ weeks later.

It might be fun to look at Open and Closed Systems (and Linear and Non-Linear!) in the same way we do pregnancy...