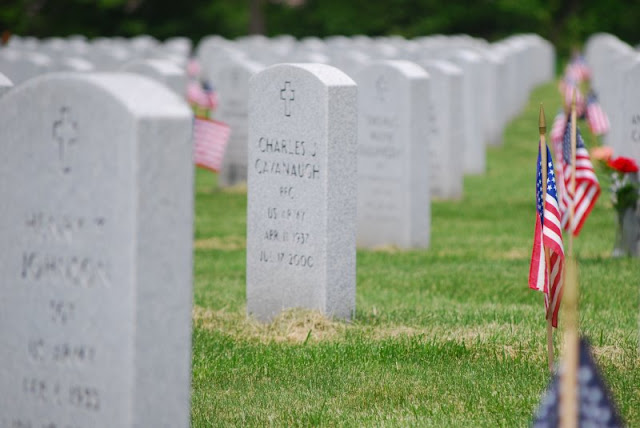 I attended a funeral today where I knew very few of the fellow mourners. As I walked towards the church doors, from the crowd, I picked out The Undertaker.

For me, it used to be a subconscious recognition of The Undertaker at a funeral service. There wasn't a conscious thought that went into it...that is until I made mention of this among friends a few years ago. They soon agreed that they too could subconsciously spot The Undertaker. (And I bet you can too!)

Think about the characteristics of a funeral director at a wake or memorial service. Close your eyes and list observations that would make The Undertaker stand out from the rest of the mourners. Then come back to this blog...

[Seriously. Close your eyes and image that.]

You may have not have ever consciously or purposely considered the variables that go into your subconscious recognition until just now when I asked you to.  I recognize that The Undertaker may take on different characteristics and behaviors based on where you are in the world, your religion/ethnicity/race, or how your family grieves. Having been raised white, Catholic, and in Chicago, there are certain expectations I have of The Undertaker. They may be different than your expectations.

Consider how early on in your scanning of the crowd you can pick out The Undertaker. Let's zero in on the subtle clues:
This isn't a list from which we cherrypick one (1) or two (2) variables. This is about clusters or constellations of these variables that build into patterns. Patterns that are subconsciously etched in our minds over time through repetition and experience. They are our mental models or heuristics upon which our subconscious Caveman brains rely - to free up mental bandwidth.

There are of course more obvious signals too:

I think we can end there with the above list of such clear-cut behaviors. Once we make those observations, we've certainly figured it out...along with everyone else too! They are too obvious! If it were a contest to spot The Undertaker as early as possible, it'd be too late in giving us any competitive edge.

Our brains are efficient in developing patterns, prejudices, and biases. Those shortcuts help our minds make sense of what's around us and changing. We might be able to get a leg-up in our figuring out of things..by being more intentional, analytical, and purposeful in discovering new dots, data, and variables.

The next time you attend a wake or funeral, see how quickly you can take these once-subconscious-now-conscious cluster of variables...and spot The Undertaker. Literally. (Hint: It's never the guy in the tan sportscoat.)

But more practically, figure out what other Undertakers you have in your life that you'd like to be able to spot earlier and more accurately.

RELATED READING: Getting "Lefter of Bang" -  how the USMC Combat Hunter Program could and should be used more broadly in American law enforcement than just threat recognition.