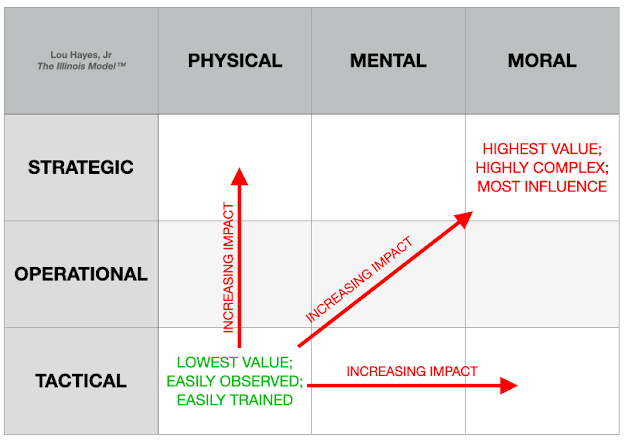 US Air Force COL John Boyd deeply discussed the Physical, Mental, & Moral dimensions of conflict.  When combined with Strategic, Operational, & Tactical scopes of conflict, we have a valuable framework.The original The Illinois Model utilized physical-mental-emotional aspects, without yet knowing about Boyd's non-OODA work. I actually crafted a handheld paper tetrahedron, held together with scotch tape to depict these dimensions! Consider how this 3x3 matrix applies to sensitive policing concepts such as: Add in the recursive nature of scope/strategy...and we have ourselves a neat little framework to guide our debates, conversations, and mindsets!
***