WARNING: Provocation of higher education and police statistics ahead.

It shouldn't be a surprise that I didn't finish college. Almost 18 years ago, I left my university studies to accept my dream job as a police officer. I'm now in the second half of an awesome career that's spanned: patrol, tactical, investigations, crisis intervention, SWAT, training, and policy. As such, I have a fairly broad perspective and understanding of what effective policing looks like. And doesn't.

And what I'm about to do here is poke some golden idols in law enforcement circles. I hope those who are offended punch back. I can take it if they can. 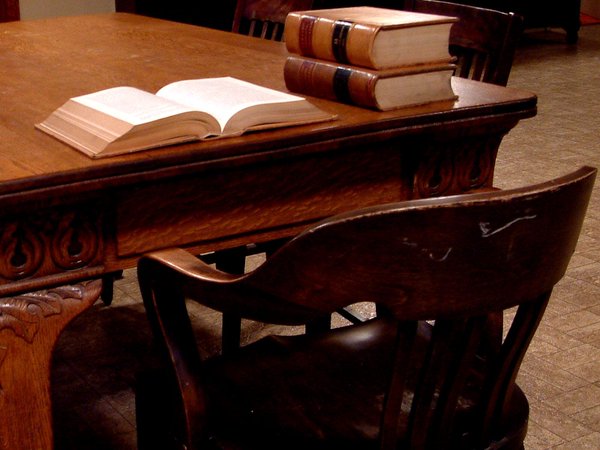 There is a movement within law enforcement operating under the banner Evidence-Based Policing. What exactly evidence-based policing is is quite a mystery to some of us lowly beat cops. For example, it's not a unified effort. There are many groups and individuals pushing the evidence-based policing (EBP) term. As a generalization, EBP collects studies, surveys, research, and statistics to make adjustments to police services. The results are new strategies, policies, and procedures aiming at increased effectiveness of police officers. An admirable purpose.

An Ugly Downside to an Academic Strategy to Policing.

We in law enforcement are allocating resources and manpower to statistical analysis offices. (And we all know that statistics are merely manipulated facts and numbers. haha) A relatively intelligent person can twist information into a statistic to say just about anything. Some of the best vehicles for this manipulation are multi-colored line graphs, pie charts, pin pricks on neighborhood maps, and year-to-year tables.

These statistics then paint a picture of what is wrong with the community and where and when and with whom. (Or is it who? Eh..I dont know...it doesnt really matter, does it?) It targets specific problem areas with resources, strategies, and tactics. It often comes in the form of saturation patrols, zero-tolerance enforcement policies, and increased police presence in the areas with the biggest problems.
You get the picture. Well at least I hope you do. My image is one of a Police State. More aggressive enforcement. Competitions between units or officers. An unbalanced focus on the rigid policing tactics rather than the strategy or problem. Awards for arrest head count. A blanket or cookie-cutter response to trending community problems. An over-simplification to a highly complex condition.

There are also broader problem-solving programs that are studied and analyzed. Things like community outreach programs. Or reputational issues.


EBP can easily err on promoting solutions based on broad and general statistics without an appreciation for the uniqueness of each incident or event or person.

Cops are Creatures of Evidence.

The criminal justice system in America is built upon evidence. As such, cops are taught about rules of evidence to build a case against a suspect. The collected evidence is then used by prosecutors to punish the defendant. Fingerprints. DNA. Written confessions. The bloody knife. Photographs of crime scenes. Incriminating statements.

Maybe we should first define what we mean by work. To what end? End of crime? End of guns on the street? End of feeling or sense of danger in the neighborhood? End of broken windows?

So evidence of accomplishing what?

Too Fast for School.

Let's say your community is experiencing chronic complaints of speeding cars through a school zone. You, as a police leader, tell your officers to target their traffic enforcement to that stretch of roadway. Your officers respond in the following weeks through aggressive enforcement of speeding violations. Record numbers of citations written. The result: traffic slows down. It worked. Word got out that the police department is issuing tickets around the school. Motorists saw the roadside traffic stops and adjusted their speed accordingly. The evidence shows that heavy enforcement works.

What is the resulting second- or third-order consequences? How does the community feel about the zero-tolerance type of enforcement tactics? How many motorists did your agency piss off because a sympathetic excuse fell on the deaf ears of a traffic nazi focused on compliance with ticket writing orders? Did the militant enforcement of traffic safety laws drive a wedge between officers and an already strained community?

Does it matter? Traffic slowed down. The streets are safer! Right?

Could any other sort of tactic been just as powerful? Dummy/decoy squad car? Educational stops for warning citations instead of tickets? We don't know. Why not? Because all the police department measured for evidence was the tactic that was used. And it solved the (isolated) problem at hand. It worked.

When I look at EBP, I see the policing equivalent to scientific research on love and marriages. Like an online dating website matching up potential spouses based on answers to hundreds of research-proven questions.

Fill out the questionnaire we will find your Mr Right. Within 50 miles of your hometown.

It's laughable. In the thousands of years of romantic interaction between Man and Woman, never has any researcher or professor come anywhere close to identifying an equation or algorithm on love. Love is a highly emotional interaction between two people.

What EBP ignores is the emotional response when two human elements interact:

Trust cannot be graded on a 1 to 10 scale. Confidence is immeasurable. A feeling of security is not the same as crime statistics. Faith is invisible.

And this frustrates the academics in law enforcement. Because scholars tell them that policing (like everything else) can be reduced to scientifically proven or disproven truths. Rather statistics.

They spent an awful lot of time on that program which tells them, incorrectly, what they could have figured out by working two weeks in the district answering calls and talking to people.

I wasn't surprised by his answer.

It seems as though the general population of police officers who work on EBP initiatives are cut from a different cloth than many other cops. They act more like office folk who wear a badge. (If not in personality, at least their Monday through Friday daytime hours build evidence for it!) Extremely brilliant police officers with impressive university degrees. But not exactly the backup that their brother and sisters on the street want with them when the shit hits the fan. These analysts find more comfort in designing PowerPoints and keystroking their computers than walking a foot beat. Or interviewing kid victims. Or interrogating sex offenders. Or breaking up groups in the park after hours.

Yes, I know my broad assessment is a rough, uncouth one. But I am not alone. There are many American cops who feel this way about the over-analyzing and over-standardizing of police strategy, tactics, and procedures. It's those in the analyst offices that take the brunt of criticism on unrealistic, unworkable, failing strategies and policies.

Those in EBP can just as freely insult me with titles of knuckle-dragger or caveman. I hope you do. We need this sort of open emotion-filled dialogue to break down the barriers to finding workable solutions!

We Need Science in Policing.

Do not get me wrong. Science in policing is needed. But the applications are limited.
There are also soft sciences like sociology and psychology that can be applied. In proper doses. For example, I am a crisis officer. I respond daily to help citizens in emotional, mental health, or cognitive emergencies. If not for the research of academics and clinicians, I would be severely lacking in understanding and skills to effectively respond and provide that help.

But I am sorry Acadamia. You are never going to be able to crack the code on so many things:
You see, the evidence cannot prove the Why or the How on human interaction. You might try through Emotional Intelligence (EQ) scores. There might be generalized themes, but you cannot measure or compare them with each other. Thats what makes policing an art. A fluid, organic, unpredictable, emotion-driven art. Between living, breathing people.

Ignoring or minimizing the human factor variable is a huge mistake. We need to MAXIMIZE the human factor. (But that upsets the equations, and formulas, and the statistics!)

And until someone can more clearly explain Evidence-Based Policing to me (and my Catholic high school diploma), Im going to have to call it academic bullshit.

Are you a believer or practitioner in Evidence-Based Policing? Please engage in the debate. I'm using the science of insult to provoke you into making your case. I'm all ears. My heels aren't as dug in as it might seem. Just please go easy on the big words. Please use #ThinkLE hashtag when sharing your thoughts.