May 30, 2019
NOTE: This is a fourteen (14) part series written by Ed Brimmer. I'm reposting his series here, with his permission. For all posts in the series, click here. Thanks for visiting! Lou Hayes, Jr. 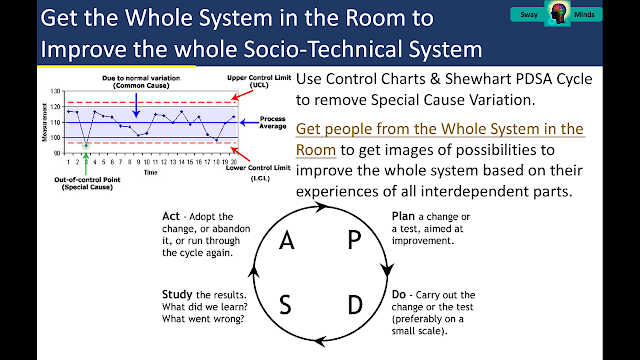 Part 7 shows what actions to take in order to manage the Alerting system of control charts while using PDSA to build purposeful steps. Because everything is interdependent, whenever the Control Charts show alerting things in one interdependent step the issue may actually be coming from another interdependent part of the system. You have to look at the whole system and not just try to improve that one interdependent part in a vacuum. Chances are you will cause harm to the whole system if you do so. The best example I can give on how to do this is to watch Marv Weisbord's video on How to get the whole system in the room. Starting at 16:35 in the video Meister Marv lays all of it out in words I cannot say better myself. Please treat yourself to this video:

To begin at Part 01 of the series, click here. 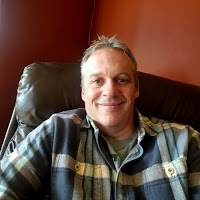