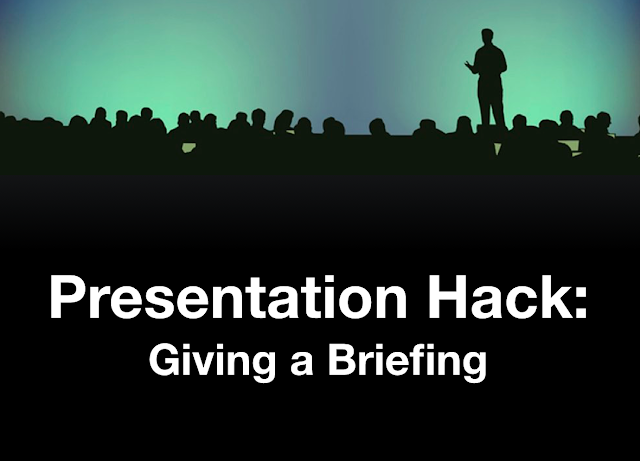 With as much as I talk about emotional storytelling, it might come as a surprise that I'm about to discuss giving a rather sterile summary.

There are lots of situations in which a person has to give a brief or briefing. It can be oral -- as in a presentation on a stage, around a conference table, or via telephone call. It can be written -- as in an executive summary of a white paper, a book or restaurant review, an email or text, or a criminal intelligence bulletin. And similar to written, it can be visual -- as in an infographic, chart, or slide deck. But I'm not even so sure that making these divisions is of any value...so moving along...

I think back on briefings I've received and given over the years as a police officer: 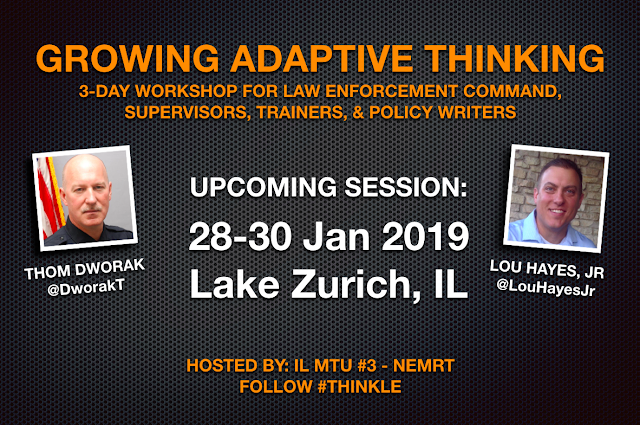 Whether one (1) is briefing "up" or "down" or "across" the hierarchy, a good brief:
Imagine being a police supervisor, who can receive one (1) of the following two (2) "briefing" options:

To me, the first one (1) sounds like a list of insignificant details you'd be conditioned to tell your micro-managing boss - who doesn't trust you to make your own decisions. It builds to an unnecessary climax (sorta) like a good story does. The second is a professional briefing that I'd like to hear as a boss - that has been appropriately condensed by someone who is making decisions for him/herself.

The thing is...not all cops (or people in general) are wired or conditioned to give that second style or structure of briefing. Humans have a tendency to replay an event in sequential steps. As such, they tell the story in chronologic order as they experienced it, not as it currently is. A micro-managing supervisor also turns his/her subordinates into excruciatingly detail-oriented & exactingly regurgitating robots.

To give a snapshot of a situation takes a different mindset. To be able to omit details of a story, but to still give context to another person is a valuable skill. It requires an understanding of purpose of the communication. It also demands that the giver resist the natural urge to tell the whole story, instead choosing to boil it down to necessary, foundational components that retain the patterns, clusters, and correlation of variables or facts that make sense to the recipient.

A briefing is supposed to be brief. It gives a 30,000-foot overview in a condensed, respectful timeframe. It's purpose is be practical and useful, as opposed to emotional, inspiring, or entertaining.

Learning to give a proper briefing also requires that you can receive one. Think about how you brief others...and how you want to receive them. It might shed some light on your leadership style, how you think, and how you trust others.

Aside from writing on a variety of topics, I publish a column of blog posts under the label Presentation Hack. Check them out for ideas, tips, and tricks to better public speaking or classroom experiences!

Lou Hayes, Jr. is a criminal investigations & intelligence unit supervisor in a suburban Chicago police department. With a passion for training, he studies human performance & decision-making, creativity, emotional intelligence, and adaptability. Follow Lou on Twitter at @LouHayesJr or on LinkedIn. He also maintains a LinkedIn page for The Illinois Model.
presentation hack