How I Got My Start In Systems & Complexity Thinking 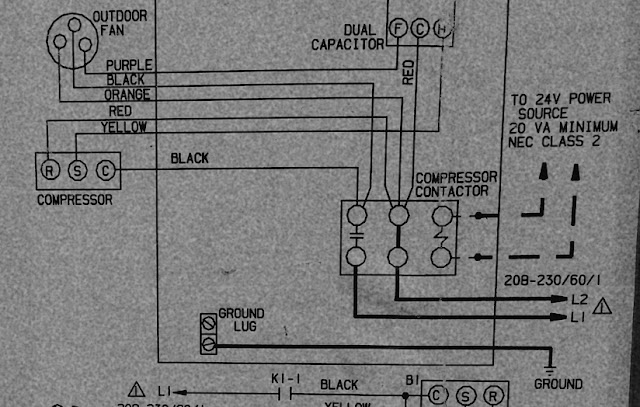 I must have been about six (6) years old. My dad stuffed me into the clothes washing machine.

No, no. Not in the way you're probably imagining.

It was broken, and my dad was fixing it. Except his hands wouldn't fit where he needed them. So into the belly of the beast I went.

During the process, my dad explained to me how the washing machine worked: motors; water hoses; valves; dirty water discharge. He took something rather complicated for a kindergartner and translated it into language and concepts that I understood.

In retrospect, that moment was my introduction to systems thinking.

Growing up, I never saw a repairman in our home. My dad fixed everything - from power tools, to busted lamps, to kitchen appliances, to bathroom plumbing fixtures, to cars. My dad was a cop, but he certainly had (& still has!) some killer skills in his workshop. Alongside my brothers, I grew my confidence around woodworker's and machinist's tools.

When I was fifteen (15) years old, my dad and I rebuilt a 1972 Volkswagon SuperBeetle in our garage. In the early 1990's, new automobiles were growing (or had grown) in complication - computerized features, electric motors for seats and windows, fuel injection. Fixing up a Beetle was a return to simpler systems. In fact, when originally sold, VW included 10mm and 13mm wrenches which turned most every nut or bolt on the car!

As a teenager, I helped my dad with his moonlighting gig: his small HVAC (heating, ventilating & air conditioning) service company. It was an incredible experience that blended and intersected a number of mechanical, plumbing, and other systems:
I learned about relays, valves, motors, switches, and sensors. I learned how to blaze copper pipe, bend sheet metal, decipher wiring schematics, and maybe most importantly.....troubleshoot.

Troubleshooting in HVAC world requires a methodical "if-then" way of thinking. You must know the relationships between the parts, and in some cases, the order in which they interact. There are essentially a limited number (or at least type) of problems that can exist. Troubleshooting is about  identifying, isolating, testing, replacing, cleaning, or reconnecting specific parts. It was my introduction to non-linear (ie: flowchart) thought.

At about this time, I entered into college as a mechanical engineering major. Math and science had always come easy to me in school. I attribute some of my academic success (even in elementary grades) to learning these topics in not only the classroom, but also hands-on in various real world building, fixing, and deconstructing. Torque and levers, at least in my mind, made more sense in theoretic science problems having used greasy wrenches in real life.

But I didn't finish college. I had submitted myself to testing to become a Police Officer, as a sort of trial run. When I unexpectedly received a job offer, I packed up and entered the police academy.

As a young Patrolman (the official rank of a uniformed officer before changed to "Police Officer"), I found myself surrounded by complex problems that could not be fixed with a troubleshooter's mind. These complex situations required accepting competing values, assumptions, tensions, tradeoffs, and compromises -- things relatively absent in HVAC systems.


As a young Patrolman, I found myself surrounded by complex problems that could not be fixed with a troubleshooter's mind.

With not much more than four (4) years under my belt in the Police Department, I had already made Detective and the SWAT team...and soon became a Firearms Instructor. I shared my duty time as an investigator, a tactician, and an educator. I realized those who excelled in these endeavors (even as different as the environments were) possessed deep and broad skills that extended well beyond the rather "mechanical toolbox" that I brought along.

They accepted not knowing...and not being able to know. They had a high level of emotional intelligence (AKA: people skills & self-awareness). When unexpected things popped up, they were flexible and rolled-with-the-punches. They made decisions when no clear answer could possibly exist. They stumbled and failed but accepted it as part of the terrain.

This was not my strong suit. I was slightly jealous of them.

I felt as though I had been cheated and conditioned to be an industrialized thinker. The mechanical way of thinking worked great in "closed loop" controlled environments where the answers were objective & definitive (as proven by my good grade point average!). But it did not work well in the "open loop" world where infinite variables collided in weird, immeasurable, and unpredictable ways (as proven by my police discipline record!).


I had to master these missing skills to be successful in these assignments. I needed to be purposeful in growing these capabilities, behaviors, and mindsets that others seemed to have naturally within them.

I had to master these missing skills to be successful in these assignments. I needed to be purposeful in growing these capabilities, behaviors, and mindsets that others seemed to have naturally within them.

The Illinois Model project documents much of my thinking, and how it's changed over the years to account for these soft skills, the adaptive mindset, complexity, and the emergence and collision of unexpectedness. It's influenced by Boyd's OODA, Snowden's Cynefin, Van Horne & Riley's Left of Bang, and many more people and ideas. It's been a long journey of self-study, learning, and connecting.

I guess what I really want are not necessarily the skills needed to fix the washing machine, but rather those to explain and relate it so even a six (6) year old can find appreciation...

How about you? Where did you get your start with systems or complexity thinking?