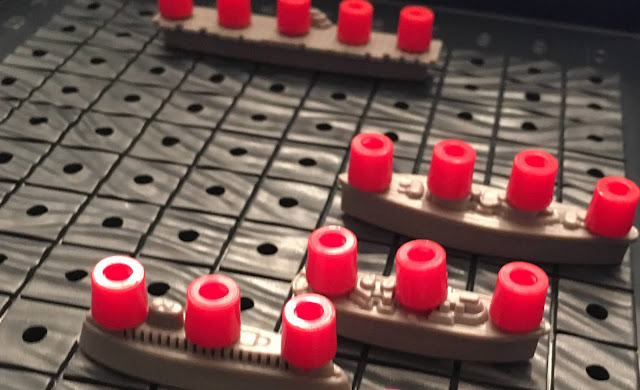 I've written before about the perversion of US Air Force Colonel John Boyd's OODA. In the context of American policing, the application is highly tactical - overly focused on responding to physical threats to a police officer's life. As such, this application of OODA stresses:
And that's not only narrow. It's kinda wrong too. And if not wrong, at least incomplete.

Whether I am dealing with a violent criminal or a person with a mental illness in a state of crisis, I contend with and confront adversaries. These are people who might do harm to me or others. I prepare myself for physical combat - as it can happen in the blink of an eye.

But there is another invisible adversary here: Perception.

The psychological and emotional components of policing deeply involve perception. Sometimes I want to distort another's perception - to disrupt or confuse their mental processing. But more often, I want to bring another's perception closer to my perception. I want to help them reach a position of clarity, rationale, or reason. And if not in harmony with mine, at least a different-but-logical perception to which I can influence new behavior.

This, therefore, can mean that my adversary is a skewed perception (ie: skewed from mine) rather than the person holding that perception. I methodically and intentionally attack the perception, not the person. It becomes a game of sales, persuasion, or influence. Other adversaries might be: fake news, misinformation, flawed biases, or inappropriate patterns. Overcoming these falsehoods is a challenge.

Another popular fallacy with OODA is the notion of speed. Speed may not be nearly as important as Velocity.

Speed does not include a direction; velocity does. Velocity requires a heading - and in this case: towards something or away from something. I want to be fast. But I also want to be correct or accurate. There is no sense in being quick if my perception of the environment (or changes in it) is becoming more skewed, incomplete, or disjointed from reality. (NOTE: This might be acceptable, but only if it's advantageous for me that any competition or adversary is experiencing more of a departure or crumbling of perception than I am. This certainly requires much deeper explanation that I'm not going to address in this post.)

Absolute speed is raw - as in movement for the sake of movement. It's not only directionless, but it doesn't account for the environment or any competitor. Relative speed is in comparison with the movement or tempo of something else - whether the change in our environment or the mental processing of a competitor.

So in what direction do I want to move?  In the direction of reality. I want any Orientation Asymmetry to become as thin as possible. I want truth. And I want to move quickly towards it. I might also want my "adversary" to move quickly towards it too! And if not objective truth, I want it in harmony with my version of it. (NOTE: Brainwashing is the movement of another's perception towards a specific vision too!)

So maybe instead of relative speed, what I should value is relative velocity. In that way, I have a fuller, broader, more robust, and complete perception of adversaries -- and not necessarily the physical ones. I also harmonize the various perceptions or orientation (a)symmetries. Lastly, I take steps to be more accurate, more correct, and more aware.

In order to better appreciate the universalism of OODA, we need to expand our view of conflict, speed, and disruption. And embrace alternate perceptions, harmony, and velocity.

As always...your thoughts and challenges are welcome as I hash out these ideas.

I've added an OODA resources & links post to my website. Hopefully, the resources within will give you a better understanding of John Boyd's study, language, and theory.

Lou Hayes, Jr. is a police training unit supervisor in suburban Chicago. He studies human performance & decision-making, creativity, emotional intelligence, and adaptability. Follow Lou on Twitter at @LouHayesJr or on LinkedIn. He also maintains a LinkedIn page for The Illinois Model.
OODA