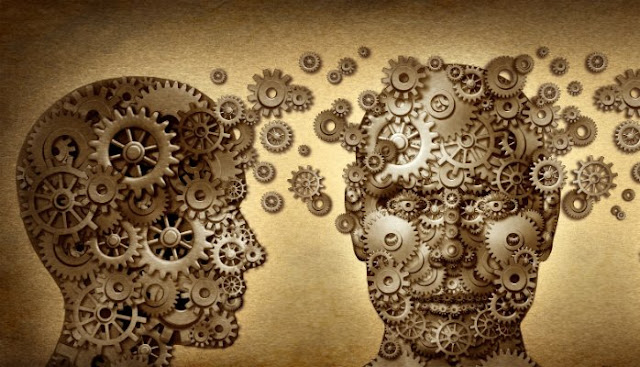 If you're looking for how I define Complicated and Complex, start with Dave Snowden's Cynefin framework. But please don't stop there. I've written some pieces here on trying to answer What is Complexity?...on the difference between answers and advice.....and on LEGOs, policing, and jazz music. While I generally agree with Snowden and his categorizations, my Kool-Aid has a slightly different recipe than his.

Extending beyond Cynefin, we need to analyze the relative openness of our environments, systems, and "loops."  Non-linear situations tend to be further described as being either Open-Loop or Closed-Loop environments. (Note: I wrote about this, as applied to the routine nature of police traffic stops.)

While I understand the value of categorization, to think that systems are either open or closed is overly simplistic. Maybe we should see things on a spectrum of tightness or leakiness. How much or what it is that can emerge or breach the walls or barriers of the system? How much control, influence, or impact do we have over the variables? But that's another discussion to probe...

I've invested three (3) paragraphs, a video, and links to a handful of my blog posts as a shallow attempt to attach definitions, articulations, and explanations to distinguish (to some extent) Complicated/Complex, Ordered/Unordered, and Open/Closed Loop. If you're still with me, please allow me to get to the meat of this post on our tendencies...

I've spoken at length with public safety and emergency response folk on the above separations of environment and function. These include police, fire, and medical responders. The vast majority of them come from a belief and mindset that their operating environment is Chaotic and Complex. (I've also identified the evidence-based policing community as an outlier to this experience - as it's my theory that they believe reducing the policing environment to Complicated / Obvious is possible through more research.)

I do not believe that the majority of the police operating environment is Chaotic. I believe there are significant portions of it that are Complex - in that we balance competing and antagonistic values - such as weighing potential benefits and costs of actions taken in the context of our Fourth Amendment. While we have boundaries outlined in case law, the options available to a police officer in the street will never be able to be appropriately codified into a flowchart or reduced to if-then technical responses. It's impossible!! What I believe we have is a lot of situations of Complication with pockets of Complexity...and Complexity with pockets of Complication. And there are still a lot of things I do as a police officer that are in the Obvious/Closed/Linear domain as well.

There's a certain sex appeal and excitement to living in chaos, uncertainty, volatility, and dynamic change. Public safety careers even draw in those sorts of adrenaline junkies seeking job excitement and thrills. And our work culture perpetuates this idea that we thrive in the unknown doing the unpredictable while everyone takes the commuter cattle train, to sit at their desk doing paperwork in some boring, repetitive Monday through Friday job. We even openly ridicule the cops who have cushy office assignments!

When I argue to my cop, firefighter, and emergency medical friends where and how specific tasks, functions, duties, situations, and environments fit into the Ordered domains of Cynefin, they resist. They do not want to believe in predictability, repeatability, trends, or probabilities. They want to live Open-Loop --where everything and anything is possible at the tails of the distribution curve. By identifying things as more predictable, it's as if we minimize the organic double-loop thinking of the first responder. It's hard to argue against this skeptically aware mindset when so much of our work is in the low probability events.

So that's where I see people wanting to believe situations are more complex than complicated.

But what about the other side of the coin?

From what I see in other communities and industries, they seem to put their blinders on so they only see Complicated/Ordered/Closed-Loop aspects of their jobs. I imagine an accountant, a computer IT specialist, or an engineer. They think that everything can be solved via research, science, analysis, data, checklists, standardized policies, and best practices. They don't want to look at uncontrollable (or unidentifiable!) variables that prevent us from having objective solutions or answers. They want their jobs and lives to be predictable.

It's as if cops and firemen find glory in jobs being difficult, stressful, and challenging. And others find satisfaction in to making theirs easier, less fearful, or reduced to efficient methods.

Complex does not mean difficult; Complicated does not mean easy. We need to make these distinctions and break any associations with them. We also need to break down the fears of the unknown by giving our people tools and a mindset to lean into complexity. And also use science to assemble a map of clusters, trends, patterns, and connections within complexity to move it closer to being ordered. Folks who are polarized into these predispositions or personalities can learn from those in the other camp. But it takes a lot of conversations, debates, and definitions to get there. And talk our way through the limits of hard boundaries or distinction between domains.

But it's worth it. This, along with everything here, is my theory, opinion, and perspective.

What do you all think? Is there something to these two (2) predispositions or tendencies?

Can we reflect on what might be our comfortable and uncomfortable domains?

Do we have predispositions to want things to fall inside certain domains subconsciously?

Have our industries conditioned us into a mindset of resistance or desire for a certain domain?

Are we open to realign and relabel things into more appropriate domain categories?

Lou Hayes, Jr. is a police training unit supervisor in suburban Chicago. He studies human performance & decision-making, creativity, emotional intelligence, and adaptability. Follow Lou on Twitter at @LouHayesJr or on LinkedIn. He also maintains a LinkedIn page for The Illinois Model.
complexity cynefin