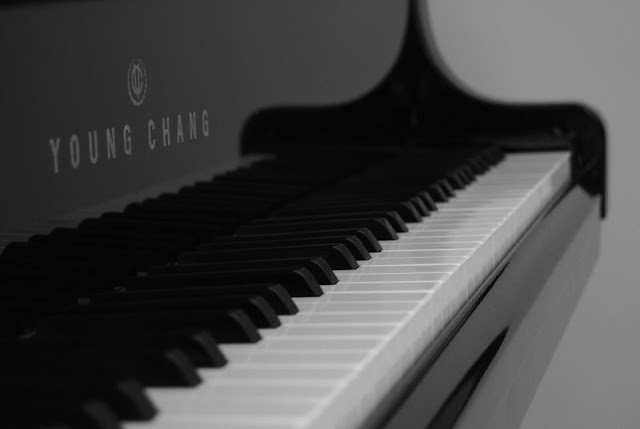 There is a popular quiz question in the LEGO community: In how many ways can six standard 8-stud LEGO bricks be connected? Think about that for a moment. If you think the answer is a big number, you're right. It's really big.

But off to another story first...

In early 1930's Chicago, there was a young jazz pianist named Doc Giudice. After a full day in school, this son of Italian immigrants would finish his homework as fast as possible. He'd run over to the local jazz clubs and make beautifully unscripted music...with anyone who'd care to play with him that night.

As a boy, I saw Doc Giudice play in person. In the days before cellphone video or the flashmob, he sat down unscheduled at a department store piano and entertained the customers for a few minutes. Most of them stopped in awe, dead in their tracks, and began swaying with the musical surprise.

There's no shortage of professional articles on the interpreted differences between leadership and management. (Heck, even I've authored a few blogs, like this one on destruction and creation...or this one on the Rules of Creativity.) One thing I've come to accept is that management is more of a science, and leadership is more of an art. Management is about designing efficient, objective systems and rules; leadership is about navigating the complex gray areas of unpredictability and human behavior.

And one of my responsibilities is in designing training curriculum and agency operating policy. It's a dichotomy. On one hand, our team relies on academic research on how humans learn, process information, make decisions, and behave (especially under stress); on the other, we accept that, as humans, we are irrational animals who live according to the unharnessed and inexplicable powers of trust, relationships, bias, and emotions - like love and fear.

They're intimately personal to me.

My children and I love to play with LEGOs. It's a social and educational time for my family. I even have bit of a reputation for bringing my kids' building blocks to police training courses. (Yes, it's true...I proudly own a pair of LEGO cufflinks!)

Doc Giudice wasn't famous by any means. You won't find him on google, nor in any recorded tracks. He was my grandfather. He loved music. His gigs paid for dental school. The happiest I've ever seen my grandpa was while he was seated at a piano, with his eyes closed...frequently jazzing-up my brothers' and my favorite TV show themes!

Leadership has been a topic I've studied for half my life. The coaching and mentoring of teams is of such great interest to me. As a supervisor myself, I continue to seek answers to the Hows and Whys of challenging opportunities.

And simply, I've been a policeman and trainer for almost two decades. Enough said.

So where am I going?

I once asked my grandpa how he played piano with other musicians he'd just met...with no actual songs or sheets of music. "We just played off one another." They created it on-the-fly. True artists who played from their own hearts, connecting them to each other...and to those who came to listen.

As a boy with a knack for math and science, this subjectivity puzzled me. No evidence. No research. No academic papers. No objective solution.

It's a similar difference in the spark in my children's eyes when they synthesize their own LEGO masterpieces from their imagination...instead of simply following a kit's illustrated instructions.

As a whole, our society has an urge to standardize good processes. However, we can easily and inadvertently become slaves to data. Develop rules. Post checklists. Assemble factory lines. Specialize divisions. Demand evidence.

And in policing, we now have bodies of researchers refuting ideas unless research exists proving its efficacy. Evidence-based policing surely has it's place...but we are slowly incubating managerial puppets in this field. I watch policing scholars feverishly seek to codify human conflict in an almost step-by-step policy - disregarding the effects of respect and ol' fashioned people skills.

Without notice, we slide into a robotic state where our creativity and imaginations are stunted. We must retain our awareness of the power and value of the unpredictable, the unexplainable, and the unproven. Humans are social beings, operating according to laws that cannot be understood by us mortals.

The design of a piano keyboard is standard. LEGO bricks made in the 1960s will connect with the bricks I buy tomorrow. Science will continue to show us more about psychology, learning, stress, and physiology. Research into police practices is well on its way into a specialized field in academia.

But these rules are only a starting point. Standards should guide us and help us, not stifle our growth or potential. We must resist the inclination to be controlled, limited, or conscripted by the industrialization of good things.

So how many ways can a half-dozen LEGO bricks be interconnected?  The solution is complicated, but not complex. It's finitely 915,103,765...almost a billion ways.

That's still a lot less than the possibilities of a human relationship or 88 piano keys.

What are you and your team doing to nurture creativity, build freely, share a vision, and enjoy the human experience?