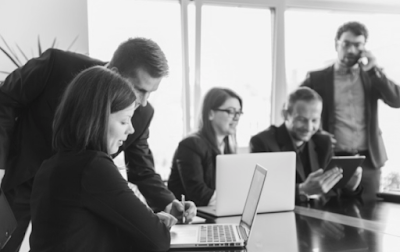 Last week, I published a satirical blog where I put a negative spin on eight (8) stereotypical personalities, behaviors, and traits in the workplace.

When taken at extremes, each of these eight (8) can be toxic...which is exactly how I portrayed them.

But how can these same stereotypes be reframed as heroic? Let's have a look at the other side of the coin:


FLASH CARD LEARNER. She owns knowledge and data. Better than mere possession, she actively hunts for it. She knows where to look and how to filter the signal from the noise. I use the saying "connect-the-dots" about finding relationships between things. Our Flash Card Learners are the ones who first collect-the-dots. This woman will bail you out of trouble when you can't keep your facts and figures straight.

ONE TRICK PONY. This guy's got depth. He's an expert in his field, albeit a narrow field. The generalist just can't go as deep into the problem as your One Trick Pony. When there's an issue in his wheelhouse, he can do it blindfolded. Put him in his silo and watch him perform like the professional he is. Then get out of his way...because you probably don't understand him or his work to begin with. It's almost like he's got a language all to himself.

LINCHPIN. She's the go-to-gal. No one has bothered to learn what she does or how she does it. Simply, you need her. Think about the woman in your workplace who does it all, and who's been doing it forever. You can't replace her education, knowledge or wisdom with 2-weeks' notice. Treat her right. When you lose your Linchpin, the whole machine comes to a grinding halt.

POLICY GUY. Few appreciate the guy pushing paper in the back office. He's responsible for designing (and maybe implementing) the best policies and procedures in the business or industry. Without standards and expectations, everything would have to be re-invented every time the task or issue came up. Right or wrong, Policy Guy makes sure we have the most predictable outcomes possible. Where would we be without rules, compliance, methods, guidelines...? Chaos.

SOLO WARRIOR. She isn't threatened by "groupthink." She's a wanderer and experimenter. She tests limits. She stands up in meetings, unafraid of being embarrassed or ostracized. Solo Warrior breaks from the team strategy to get things done, even when it makes her vulnerable. It through her own set of values and beliefs that she makes her decisions - not any abstract version of the organization's mission statement.

PRACADEMIC. He's going back to school. Or maybe never left school. He's a learner hell-bent on self-betterment. But he's doing the job too. He uses research to seek out the next best practices. The Pracademic understands the internal culture - because he lives there 40 hours per week. He methodically questions the status quo - to discover what might work better....and what doesn't. He accepts nothing for granted, perpetually demanding to know why and how.

MRS. SHINY OBJECT. She's agile. Mrs. Shiny Object doesn't overcommit to uncertain endeavors. She keeps her options as open as she keeps her eyes.  She's a dabbler. A tinkerer. A wanderer. She learns a lot because she does a lot of different things. She knows how to put things down and pick up new things. Her flexibility and curiosity are her strengths.  She packs light...because she's ready for change. More ready than any of us.

WIDGET PUNCHER. He isn't afraid to get his hands dirty with the unglamorous work. Some things just need to get done without all the questions, all the justifications, or all the reasons. In an age when too many people find certain jobs to be beneath them, the trusty Widget Puncher finishes it without complaint. We can't spend all day pondering, critiquing, or planning; sometimes it's just time to pick up the shovel and start digging. Even if it's in the wrong place.

If you're saying that these aren't perfect stereotypes either...then you're my kind. These, too, are somewhat of extremes.

Human behavior is complex. There exists a healthy, necessary, and unavoidable tension between various personalities, behaviors, and traits. Life is a game of tradeoffs and compromises.

Rarely do we find harmony at the extremes. The spoils go to the one who operates all along the spectrums of life's complexities.

And our teams' strengths lay in diversity, critical thought, and a broad set of perspectives, biases, and experiences.

How can we ensure our teams aren't slipping toward one extreme or the other?

And once again, if you haven't read the first blog on how each of these personalities, behaviors, and traits slip into toxicity...find it here. I look forward to your feedback!