Can you identify these personalities in your workplace? 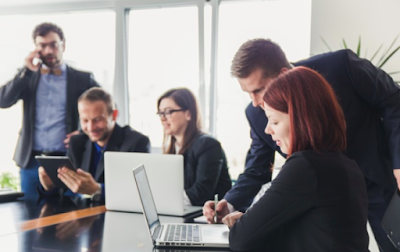 I'm a policeman. I'm also no stranger to toxic personalities, traits, and behaviors in the workplace. But the more I interact with those in corporate settings or other organizations and industries, I realize we all have the same people among us. There's eight (8) stereotypes in particular I'd like to highlight:

FLASH CARD LEARNER. Do not be impressed by the master of memorization. He bathes in facts, acronyms, nomenclature, and jargon. He recites isolated statistics and bits of data without any sense of context. You swear this guy goes home and shuffles a stack of flash cards just to stay on top of his game. You prefer to google the information when you need it. Keep this guy on your team for the local tavern's trivia night.

ONE TRICK PONY. She may embrace the term hyper-specialist. But what we really mean is that she's got one skill, in one area, to solve one problem. The One Trick Pony excels in such a narrow field of expertise, she mind as well stay at home until you need her (that is, unless you work at a circus or carnival). Most specialists do have a secondary skill: finding new jobs when they're fired. [See also: Trunk Monkey]

LINCHPIN. We all know that guy who hoards information. He foolishly believes he is more valuable to the organization because he's the only one who possesses the certain skill or knowledge. He centralizes responsibility within himself. Instead of a team asset, everyone think he's an asshole. In reality, the linchpin theory is a fallacy. The most valuable person is he who distributes, shares, spreads, develops, and connects others.

POLICY GAL. She used to be out in the field (years ago). But now, her desk is filled with proposals for standardizing procedures. Everything has a checklist, a flowchart, a textbook answer. From her cubicle, she can longer see the complexity and uncertainty of the workplace; everything is now objective black-and-white. How do you find this gal? She's the one who starts everything with "Well policy says...."

SOLO WARRIOR. You swear this guy is listening to music through hidden earbuds. He's got no respect for the team and how they operate. He goes along at his own pace, in his own direction, according to his own rules. The Solo Warrior is an outside-the-box thinker who holds his own set of values and beliefs; he forgets the valid justifications why we have a box.

PRACADEMIC. Part practitioner, part academic. She's going back to school for that PhD! The easiest personality to identify, but most elusive in intent. You haven't quite figured out if she's seeking promotion...or the title "Doctor." Forget the fact you've been doing this job since her parents were in high school; she'll tell you all about the research, the evidence, the best practices, and her professors. Advice: Don't piss her off; she'll be your boss next year.

MR. SHINY OBJECT. This guy changes direction like a kite in a tornado. He's blinded by every next-and-best trend to come along. Stay on top of your industry's best-seller book list (and recently released TED Talks!) - because he'll be quoting them for the next few weeks. But don't get too attached to any one single idea of his ...they'll lose their luster and be old news by month's end. Weather the storm; his flightiness will eventually put him into an irrecoverable tailspin.

WIDGET PUNCHER. She exercises no judgement, no decision-making, no forecasting, no thinking. She just mindlessly checks-the-boxes of the task list.  (At least she follows the rules!) This isn't a knock on our hardworking skilled labor pool of craftsmen and artisans. But robots or algorithms are starting to replace careers like hers. The new Industrial Revolution has nothing to do with blue collar jobs!

Of course I've taken the low road to describe each of these personalities. They each have a counter-argument of positive value, right?

In what ways can we put a positive spin on each of these traits, behaviors, personalities, and people in our organizations?

Update 10-18-2017: What are the positive attributes to the above extremes? I answered my own question in this blog, Toxic Personality or Workplace Hero.