Are You a Rule FOLLOWER or a Rule BREAKER? 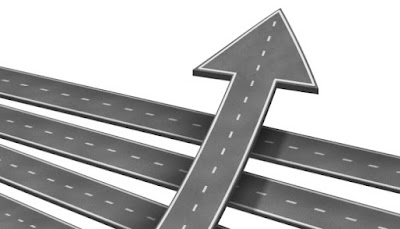 Are you a rule follower or a rule breaker?

This question fascinates me. Even as an arguably false dichotomy, it highlights critical issues in individual decision-making, personal morals, written policies, group values, and organizational culture.

I vividly remember the first time a similar question was asked of me. I was a young police officer applying for a position on the regional SWAT team. I was seated alone, in the single chair, in the middle of the large meeting room. Oddly, it seemed as if half the lights were turned off. In front of me sat a panel of six police commanders and chiefs (many of whom I had never met before), each wearing his full formal uniform, behind a long table. To say I was anxious would be an understatement.

After a few cookie-cutter interview formalities, one of the deputy chiefs dropped it:

Is it ever acceptable to violate a direct order from a superior officer? Explain your answer.

The question surprised me. Most young police officers wouldn't even consider going against a boss's directive. By even asking it, the rigid rank and command structure of a paramilitary tactical unit was being challenged - by those very commanders whose authority would be violated!

If I responded No, I'd be falling into my appropriate "box" in the unit's organizational chart...on the bottom row. I'd be acknowledging the hierarchy of command. I'd be deferring decisions to those with authority and experience. I'd be a compliant little worker on the front line, following all the rules, whether I understood the overarching purpose or not.

But I went with my heart...and answered Yes. Not because I thought it was the answer they were looking for; but because I had been secretly troubled by the blind compliance to rigid procedures and over-standardization in policing. Burdensome rules ignore the uniqueness of public safety problems.

As a front line patrolman, I was often in a better position than my off-scene supervisor to not only understand the situation, but also to more quickly respond to chaos and change. Directives from commanders could be outdated in a matter of seconds. Micro-managing does not work well in a fast-paced, high-stakes environment. Breaking the rules and disobeying orders is a necessary part of being adaptive and responsive.

Directives from supervisors and written rules or policies form a foundation of expectations. However, when we find ourselves in a dilemma where the right answer lay outside those orders or norms, we have to re-examine the rules or our attitudes towards supervision.

Our best leaders understand how to design policies that are flexible and adaptive guidelines or boundaries. They also know how to train their teams to make decisions based on values, concepts, and principles rather than technical "if-then" mandates. Leaders share their "Why" or intent rather than unreasonably burdening their people with The How.

The upfront investment in preparing ourselves and our people to internalize these skills and values is not insignificant; it's easier to simply enact new rules, checklists, and processes. But that's setting up our people to become Rule Breakers.

I spent nearly seventeen years on that SWAT team, with the second half in various supervisory, training, and policy roles. I always kept that single interview question from 1999 as a reminder to promote adaptability and nurture teammates who were leaders and thinkers instead of doers and followers.

Our future's uncertainty requires we change the structure of, parameters of, and attitudes towards our "rules." Until then, I'm OK with being a Rule Bender and relying upon and my commitment to my organization's values, ethics, and beliefs as a guide. I better have a damned good justification for doing so...and then go back and fix the rule for the future.

Lou Hayes, Jr. recalls something his dad told him: Even if you lie only one time, you'll be called a liar the rest of your life. With that logic, Lou is a rule breaker. He is a police training unit supervisor with an interest in adaptive systems, learning, and human decision-making science. Follow him on Twitter at @LouHayesJr.