August 27, 2013
Over the past few weeks, I have been re-engineering Police Incident Command according to The Illinois Model law enforcement operations system (LEOpSys). Most of the ideas aren't earth-shattering, but they suggest some small adjustments to the nationally-mandated program. The first several posts lay some foundation into our vision of what IC should be. This is Part Three. Click on the Incident Command label for all posts in this short series.

If "communication problems" are consistently cited during critiques and debriefs of police incidents and training scenarios, why aren't we doing anything about it? We too were frustrated and began tracking the stem of our communication issues. We found several common hiccups (to be kind) and addressed them with a clear and concise summary report. We adopted the term Situation Report...or SitRep.

In short, the SitRep is a quick method for briefing, updating, and directing responders to a police problem. It identifies the problems, prioritizes any intended solutions, and gives a basic plan for implementing the course of action. (Now is a good time to read Part 2 of this series if you have not done so!)

Officers who give a solid SitReps, either face-to-face or on the radio, demonstrate two things: their ability to advance through The Illinois Model LEOpSys decision-making process....and effectively communicate the process to others. Here is how the process and subsequent SitRep are formatted:


While flexible enough to accommodate many types of incidents of varying complexity, The Illinois Model SitRep contains, in this preferred order:

Followers of The Illinois Model recognize steps 3, 4, and 5 to be the top tiers in the system. In the remainder of this post, I will explain the first two steps in the SitRep: Incident Category and Location.

Pigeon-holing the problem gives the shortest of snapshots of what the heck is going on. Well-crafted categorization can give tremendous amounts of information without being wordy. In many cases, the Incident Category can even hint at what the Priority of Life, Missions, or Strategies are. Take a look at the list of twenty problems in Part 2 again. Here are some ways to "categorize the incident," bracketed in red type:

I chose the above problems because of their variety. The [red] Incident Categorizations are delicately worded to give the most information. The goal is a clear and succinct picture of any threats - whether they be criminal, non-criminal, medical, or other. In some cases, the wording confirms that Reasonable Articulable Suspicion exists for a Terry stop. In other cases, the wording confirms Probable Cause exists for arrest or other custodial seizure. This is an absolutely necessary step so other officers know how to interact with the subject. (Search & Seizure is discussed here.) I see and hear on the police radio many cases where an officer asks another to "Go stop that guy." What does that mean? Consent contact? an investigative Terry detention? handcuff an offender? The ambiguous language of "Go stop that guy" does not put the officers on firm legal ground...especially if the subject were to resist or flee!!! Well-worded Incident Categories establish some of those legal issues for a solid foundation to take police action.

The location of an incident can be conveyed in a number of ways. Officers giving SitReps determined how to identify the incident location by considering the audience's familiarity with the area. Here are a couple of ways:
Each of these explains the location of a professional sports stadium. Some use more than just an address - by the Chicago grid system, or by bigger roadways, or by the popular name of the building itself. The reason for using more than just a name or an address is sometimes lost on those who know the area so well....they are cursed with knowledge. Other responders may have NO IDEA where the location is.

The quick addition of landmarking is efficient use of radio air time. Responding officers who aren't familiar with the area can use those landmarks, roadways, or N-S-E-W grid to arrive without needlessly tying up the radio. Simple geographic guides allow responders to focus on important things rather than repeating addresses or driving directions to backup officers.

Many of you work in communities where fire department mutual aid is a common occurrence. Those outside trucks, engines, and ambulances get dispatched by address and some variation of "map page." Simply, this is so a navigator in the vehicle can flip to a specified page in the map book. This shaves the time to find the street and address. By using landmarking, we are essentially doing the same for our mutual aid. Popular landmarks are rivers, train tracks, Interstate highways, and other arterial roadways. Maybe a simple "North of the river and East of the railroad" adequately identifies a quadrant of your city for an outsider to find his/her way...to help you!

My challenge is this: Practice broadcasting these first two sections of the SitRep on even less horrific calls than one normally considers a candidate for the Incident Command System. Even some of the above described problems are bound to be dispatched to you in the coming weeks. Give a quick update of the situation on the radio to your backup officers. Pick your words wisely. Think first; then talk.  Then discuss the effect of your first few skeletonized Situation Reports with your peers. Give them an explanation of why you said what you said. It doesn't matter that all of your officers know where the address is -- you're not broadcasting it for them! And maybe the Incident Categorization can even spark a healthy discussion about Search & Seizure.

Practicing these first two steps of the SitRep on frequent calls such as Residential Burglaries, fleeing prowlers, missing children, and well-being checks prepares officers to give the same effective radio broadcast for the once-in-a-career critical incident. I can bet that, at first, your fellow officers will both:
I can trade some locker room teasing for better incident communication and cohesion. Will you? 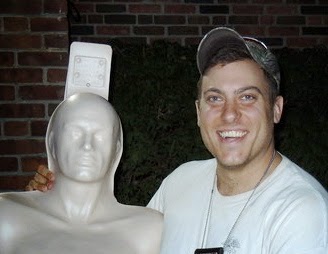 Louis Hayes is a brainstormer and systems thinker for The Virtus Group, Inc., a firm devoted to public sector leadership development. He is a co-designer of The Illinois Model™ law enforcement operations system (LEOpSys) and moderates several courses rooted in its theory and concepts. He is a 17-year police officer, currently assigned to a multi-agency tactical unit in Chicagoland.  He has lofty goals that all police officers begin communicating on the radio with this SitRep format, for a more effective and cohesive response to police problems. A full compilation of articles on The Illinois Model can be found here.