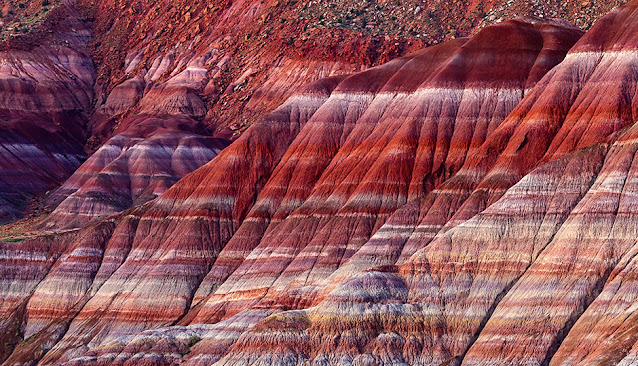 I have a growing curiosity about different mindsets of criminal detectives.

Maybe I'm about to use the wrong terms. Maybe I'll make unfair assumptions. Maybe my experiences are too anecdotal. But here goes...

Anyone who's spent time in a police detective unit can appreciate the certain mindset of an investigator who is drawn toward financial or cyber crimes. It's patient, analytical, methodical, procedural. Financial crime investigations tend to be puzzles, waiting to be pieced together. In Cynefin terms, I find them floating in the Complicated domain.

Other detectives might hold special skills in interviewing. They're the men and women who know how to connect with a person, in retrieving the truth. Often...an uncomfortable truth. Again, if you spend time in an investigative unit, you'll soon learn who these folks are too.

This isn't to say that the above two (2) categorizations are mutually exclusive or exhaustive. There is a generalist-specialist tension here. Regardless....the introvert behind the computer screen is often not the social butterfly who puts others at ease in the interrogation room.

This brings me to another way to slice-and-dice detectives: Case vs Pattern. And in no terms do I think these are binary categories.

And you'll soon see that I have an open bias towards those of the Pattern end of the spectrum.

CASE DETECTIVES look narrowly at singular incidents or crimes. This matches well with how the criminal justice system prosecutes crimes. It's a specific person, for a specific set of actions, at a specific location, at a specific time. (With exceptions, of course.)

This approach also matches up with how most police investigative units are managed. Supervisors distribute specific "cases" to detectives or partners. These assignments take into account factors such as: existing caseload, familiarity with those types of crimes, and special skills.  Detectives should receive the sorts of cases that they're good at investigating, and overall there should be an equality in the distributed workload across a unit or bureau.

Detectives then gather facts, evidence, statements, and clues to solve the particular crime.

This approach works extremely well for distinct, isolated crimes. Here's the problem....how do you know they're isolated?

And here's an assumption: Most crimes are NOT isolated; they are related to other activities.

PATTERN DETECTIVES seek out the connections between crimes, locations, suspects, vehicles, and other collected data...across a broad collection of cases or incidents. They make sense of a broader trend of criminal behavior, look at social networks above individuals, and see repeating clusters of clues.

Take for example, a spree. A spree is a chain of events committed by a particular criminal or group. There is a sequence to a spree, that can be traced like a children's game of connect-the-numbers. Maybe it's a career burglar who goes out every few nights to break into businesses. Maybe it's a street gang that wreaks havoc across a neighborhood in a single evening. Maybe it's a financial mastermind continuing identity thefts or frauds at banks for months and months...

In summary, sprees are connected by WHO commits the crimes. The problem is that the missing piece of many of our cases is the "who." Therefore, we need detectives who can see the repeating patterns of types of crimes - based on how they are committed (modus operandi) and other consistency of variables. As an example, some burglars like to target the same sorts of places to break into and use the same tools to do so.

Patterns, while related to sprees, are less connected to the "who;" at least for now. Patterns have a looser coupling to suspects. They display similar variables, similar types of crimes, similar methods, similar clues, similar locations, similar timing. Through the course of an investigation, it's completely possible that some portions of patterns can be rightly attributed to or classified as a spree.

Here's one (1) of the main challenges: Cases within a spree or pattern might be assigned out to different detectives or sets of partners. This is due to a list of reasons, chief among them: geographic boundaries of police districts, jurisdictions, municipal boundaries. Of course, there can be other reasons, such as the lack of any sort of connection on the case's face when reviewed by the assigning supervisor. (Many connection are simply not made until you start digging.)

How do you make the connections, learned later through the course of a case investigation?

How do you deconflict telephone numbers, IP addresses, suspect names, or gangs? The criminal justice system does have some formal methods to share connections through DNA, ballistics, and other forensic analyses. But I'm not convinced we have a decent system to share the other types of clues...

This is how link analysis works. It makes connections and clusters between a variety of cases, based on whatever variable or clue repeats or connects - whether a license plate, a fingerprint, a shell casing, or a distinct tattoo.

But you see, as a case detective, you're only accountable to Case C. Why the hell should you be interested in Case A, K, or T? [You're friggen busy!!!] And so is the detective assigned to Case R.

This is again, where the pattern detective comes in. This mindset understands how these clues connect, overlay, and repeat. They watch out for these variables. They coordinate with others and know how to get individual cases reassigned into the right hands. They figure out which of the collection of cases or suspects to give attention to -- based on prosecutability.

In many ways, this is about disruption of social networks and finding the influencers in those groups. Pattern detectives seek to prosecute the bigger players. Conversely, Case detectives take out the low-hanging fruit -- to quickly close out their case.

Pattern detectives maintain an elevated sense of awareness. They monitor what's going on around them, outside the confines of their assigned cases. They keep their ear to the rails, look in places that others don't, & have a vast network of resources. They don't do this alone. They are social beings.

Pattern detectives both give up control of their own cases & take on additional responsibility for others' cases. They see the big picture, way beyond the specific cases on their desk. [Imagine that...asking for more work.]

They stack up layer upon layer of information to see what matches up. It's like those clear transparency layers that an old school teacher might put on the overhead projector. Or the digital layers we put into mapping software. You might not see much when looking at the clues from a single case....but when stacking layers of a three (3), a dozen, or 50 cases...significant patterns might be observed.

I've been bouncing this "Case vs Pattern" detective theory around for some time. I believe that all Pattern detectives are good Case detectives. It becomes a matter of scope, in how much information that a person or team can collect and process. It also becomes a matter of responsibility, in how much burden a person or team is willing to accept. (Pattern detectives aren't the guys & gals taking long lunches or counting how many cases their counterparts are assigned.)

I'd be remiss to not address sheer volume of caseload. It's hard to give attention to outside cases when you are drowning in a stack of your own. Some of those cases might be much more urgent or pressing than whatever other spree or pattern is emerging around you. [I get it. What's important to me might not be important to you.]

Core to this concept of pattern investigations is the free sharing of information - between detectives and agencies that sometimes take on a very possessive, selfish attitude. We've gotta do a better job of centralized collection, with decentralized access!

Second, it requires deep analysis of the clues & synthesis of theories, spreadsheets, visualizations, stories, and other useful tools for investigators.

Third, it requires flexibility, adaptability, and allowances for experimentation, discovery, and collaboration. At small scale, these concepts run counter to efficiency, leanness, & reduction of waste; at large scale, these concepts are vital to being effective, strategizing resources, & allocating longer-term efforts.

Fourth, it requires we (as an investigative community) shift the way we give credit or accolades to our detectives. We have to reward cooperation, sharing, and playing nice in the sandbox. Awarding the person who "solved it" is an old school approach we should consider ending; it encourages independent, hoarding behavior.

If you've worked with me or my unit, you'll know exactly what I'm talking about above. I want every detective to grow into a Pattern investigator. It's how I run my unit, and the mindset I expect each of my team members to take with them into their investigations. And the same criteria that causes me frustration when I work with others who don't see it this way.

I want to hear your thoughts on this.