The Commodification of Police Training 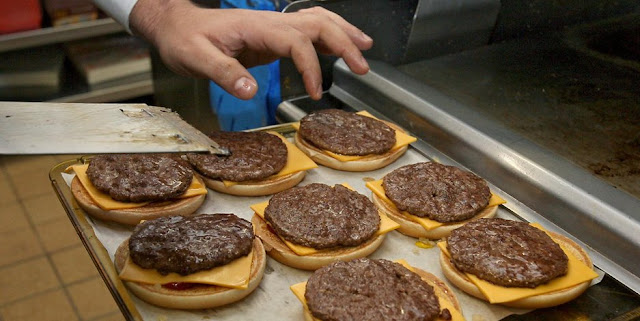 When I consider who are the thinkers in the police training community, my mind almost never drifts to the largest training companies or the biggest names. Actually, it's often quite the opposite.

Look at providing training as a business model. It requires officers/students or organizations/agencies to pay a fee for training services, so that a trainer gets paid.

Now look at scale. Per hour or day, that trainer can make a whole lot more money (or charge a larger flat rate) for a room of 300, as opposed to a conference table of eight (8).

In order to address these 300 attendees, the only feasible format is lecture. It most definitely has to be a one (1)-sided conversation. Sure, you can solicit the audience a few times...but let's be realistic. You cannot address the diversity of thought in an audience of 300. Or 200. Or 100. Or 50.

By the sheer number of attendees, a trainer is forced into structuring the class into lecture format. It only makes sense to focus attention forward on a speaker, screen, and maybe even a podium. As such, the flow of information moves from the presenter to the audience.

I'm not convinced that a presenter can effectively introduce controversial information to a crowd that size, without addressing personal, specific, highly individualized points of resistance.

In order to change someone's mind or challenge their beliefs, you've gotta intimately understand their perspective, mental models, heuristics, worldview, and experiences. How do you do that in such a large group?

As such, I've become more convinced that the more "successful" a police trainer gets, the less impactful that trainer becomes. The larger the venue, the less effective at growing thinking in others becomes. The rehearsed lecture material becomes part of a schtick. It's commodified. No matter the intention or desire of the trainer.

Contrast this scaled operation with a boutique operation. Look at the "trainer" who works with small intimate groups. By nature of the small number of attendees, s/he is allowed to be a moderator of discussion. It becomes a conversation you might see over Thanksgiving dinner...as opposed to a tenured professor delivering Week 7 in Economics 101.

In addition to how the trainer behaves with the group, each attendee also behaves differently. As long as the moderator is skillful, the environment becomes "safe" to debate, disagree, show creativity, experiment outloud, synthesize wacky options, and introduce the non-traditional. (Guaranteed to have this climate? No.)

Are officers or agencies ready to financially compensate these "boutique" trainers at competitive amounts with the auditorium hall lecturers? Probably not. But I challenge the value of the podium info-dump on actually developing others into thinking differently. Or thinking at all. We need to consider value over cost-per-attendee.

Otherwise, the industry incentivizes large venue formats. It's as if success or popularity drive a business into becoming less influential, by forcing the trainer to scale up methods. There's a tipping point, and an inevitable slide from encouraging dialogue and debate, towards putting on a show.

I've seen it dozens of times with a variety of police trainers. They've become guys (and gals, but let's face it...mostly guys) who I simply do not turn to for critical thought, pondering controversial options, or bucking status quo. They've got their schtick now and not super interested in being vulnerable.

Some diners won't spend $17 for a gourmet hamburger either. I'm certain the 2-for-$2 option won't get into tomorrow's conversation about what you did over the weekend and where you went out for dinner. I guess on the upside, you'll know for certainty what you'll get at the fast food counter.