The Dangerous Gap Before Deadly Force 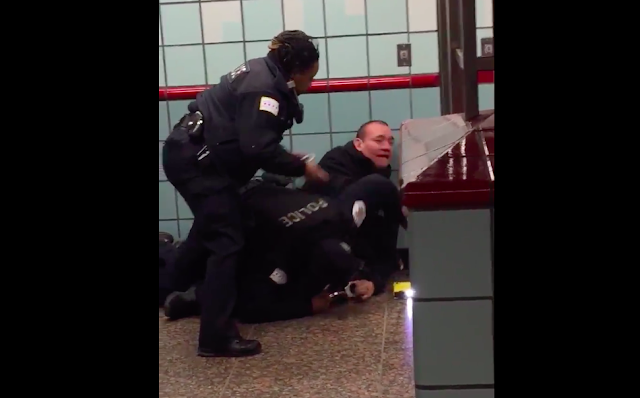 Videos of physical struggles between police and citizens, like that posted by @FreeRangeCritic this week of Chicago Police resorting to shooting a man in the subway, get my mind returning to tough questions. (If you have been in a cave the last few days, I suggest watching the video before reading on...)

As a police officer myself, I'm especially troubled, frustrated, and bothered by videos where the officers appear to have lost control, appear to be overpowered, appear to be ineffective, or appear to be otherwise unreasonably vulnerable to injury or worse.

As a free citizen, I'm equally troubled, frustrated, and bothered by videos where the officers appear to have overreacted, appear indecisive, appear to have made bad decisions, or appear to use excessive force.

This is one (1) such video that holds several of those aspects at once.

I've spent a bulk of my time as a police officer in training roles, where a few dozen days (or more) per year are designated for me helping peer officers with use of force issues - Dept policy; decision-making; emotional intelligence; legal aspects; firearms; non- or less-lethal weapons; crisis intervention (CIT); tactical movements. Everything from taking off your sunglasses to gain rapport...to bad-breath distance shootings.

What many of these officers-being-overpowered videos share is a dangerous gap between various tools. The physical fighting techniques aren't working. The Taser didn't work. Baton strikes are tough in those circumstances. Pepper spray only seems to work on the cops. What remains?

The truth is that not much remains between those tools above and what constitutes Deadly Force. And I don't just mean the firing of an officer's handgun! There are many flavors of Deadly Force, according to laws and policy.

For example, many (if not most) Department policies consider strikes to the head, neck, spine, and groin as Deadly Force. Same with chokeholds or neck restraints.


BY POLICY, this is considered the SAME category of force.

That's right....same category as firing a gun. At least by strict interpretation of policy. And that's sorta ridiculous to me. Maybe to you too.

Deadly Force is weird like that. It's a special category or level of force that demands certain legal requirements or circumstances be present in order for it to be allowed. (Tennessee v Garner, 471 US 1 (1985) is a good place to start with case law.) It's as if there are two (2) general categories of force:


Once a tool, tactic, or technique is considered Deadly Force, all the Deadly Force requirements must be met in order for a police officer to attempt it. There is very little, if any, wiggle room.

What if instead of a cold, hard line separating Deadly Force from other force, we looked at force (specifically those types that many Departments consider Deadly Force) as more of a spectrum? What if could fill any perceived gap before Deadly Force?

[NOTE: There are two (2) main "camps" in Use of Force community: the Objective Reasonableness camp that relies on Graham v Connor, 490 US 386 (1989) case law standard; the UOF continuum camp that relies on trying to match officer force with assailant force. There is little love between these camps. Before you attack this above suggestion as "continuum" thinking, give me a moment to explain.]

In post-Eric Garner policing, neck restraints are deemed a no-no among most police agencies. There was, however, a time when the Lateral Vascular Neck Restraint (LVNR) was commonly taught to police officers. You might recognize it from 1980s WWF wrestling as....The Sleeper Hold. 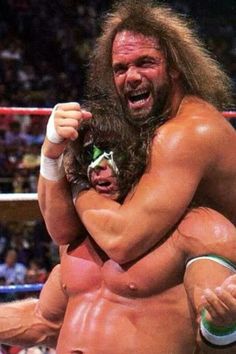 It's also similar to what, in junior high school, seventh (7th) grade boys referred to as The Pass Out Game. In the confines of the boys' gym locker room, where teacher supervision was at a minimum, a boy would take his turn sitting on a bench. He would bend forward, use his own hands to cut off the blood flow to his own head, and....pass out. He'd tumble over onto the ground. Within a few moments, blood flow would return to his head, he'd regain consciousness, and hi-five all his buddies! He'd join the club of junior high morons by braving the Pass Out Game. (Yes, I'm a member, circa 1988.)

It's also similar to auto-erotic asphyxiation.

In a nutshell, that's how the LVNR works. Except an officer uses his/her arm on another person, using the inside crook of the officer's elbow to "protect" the subject's airway while constricting the blood flow. Cuff 'em up...and let them regain consciousness. I've never personally used the LVNR, though many old school cops talk about its effectiveness in the days of PCP. (I have, however, as a youth, used The Sleeper Hold on my brothers...as they have on me!)

I'm not sure who trains or certifies officers on the LVNR anymore. It's about as extinct as spoken Latin. With a misapplication impacting the windpipe, it's been deemed too risky.

What does Illinois law say about neck restraints?

Sounds like The Sleeper Hold is still allowed via statute in Illinois. From what I know, this policy has been in the works for quite a while. Government bureaucracy does not operate at the speed that would have allowed these documents to be published in response to a weekend incident. The point I want to make is that The Sleeper Hold....I mean Lateral Vascular Neck Restraint... is now expressly prohibited by the Chicago Police Department unless Deadly Force is authorized.

In addition to state statute and agency policy, we also need to look to Constitutional case law. Generally speaking, case law tends to be the most lenient and permissive to police officers in their discretion. Our judicial systems do play a role in determining what constitutes Deadly Force.

Get back to the subway shooting video. How would you have felt if, instead of watching that officer fire her weapon at the arrestee, she would have gone in for a Sleeper Hold (a Department-prohibited restraint)?

Yeah yeah...it would look like a chokehold. It would probably be ugly as heck. It night even be applied wrongly.

But the things those two (2) officers were doing (or not doing)....were simply NOT WORKING.  And firing the gun was an absolutely cringe-worthy moment (to say the least!) for damn near all cops who I've spoken with about this incident.

I'm suggesting that the LVNR might be one (1) of a handful or tools or techniques that helps fill that dangerous gap between Deadly Force and everything else.

What else might fill that gap? Punches the back of his head. Stomping his head. Grabbing and twisting his balls. Gouging his eyes. You know...some things that are all deemed Deadly Force by policy.

When we, as society (though our policy, courts, and legislature) lump these options together as Deadly Force, we may unintentionally disincentive their reasonable use. Maybe we should be incentivizing their use. Maybe we would see LESS ACTUAL Deadly Force by police firearms.

I've been saying it for a long time:


I want cops who have been in street fights and bar brawls. They are less likely to reach for their gun.

What I've learned over the years as a police officer and Use of Force trainer is that physical fights are best resolved thought decisive, overwhelming force. Through early grabs. It's a paradox of sorts that quickly-resolved fights lead to less injury on both actors.

And to quote a veteran officer's advice to me as a rookie:


When you grab someone, make sure they know they've been grabbed.

I've worked according to that advice. It's served me and my partners well.

On the flip side, when we enact some arbitrary, short-sighted definition or categorization of Deadly Force, our officers become handcuffed from using effective tools that probably should lay in the dangerous gap before Deadly Force. These "gap" tools and techniques are ugly. They can hurt. They can cause significant injury. But they are not as sured or inevitable to cause the injury of gunshot wounds.

Police agencies need to give our officers the latitude, discretion, and options to make those grabs, punches, and kicks to gain the quick and decisive advantage over those who don't want to be controlled, arrested, and handcuffed. We owe our officers common sense policies that rightly weigh and risk the chances for injury or death.

Right now, I fear we are moving in the wrong direction by stripping our officers of options. And discretion.