Adaptive Kids: Which Card to Discard

July 25, 2019
This is part of a new column/series called Adaptive Kids. How can parents, coaches, school teachers, and other mentors help small children grow their own inner adaptability? 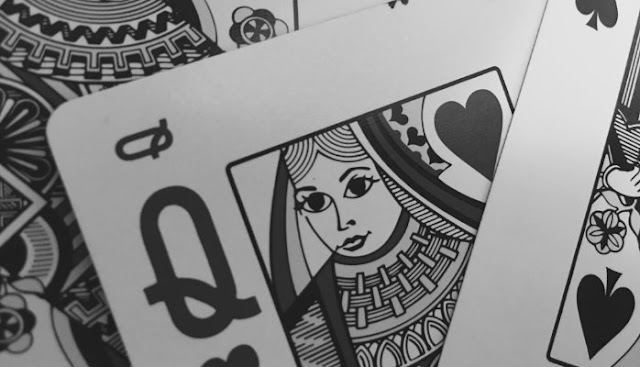 I played gin with my kids this morning.

They understand the object of the game. The know the rules. But they can use some help with playing strategy.

While working with them on their strategy, we begin with setting up their original dealt hand of seven (7) cards. They play open-face so I can coach them. I ask questions:


This is the easiest phase of the game.

As soon as a player picks up an eighth (8th) card into his/her hand, it becomes a game of competing values. Values hopefully based on numerical probabilities and possibilities & not on subjective emotions. Which cards to hold...and which card to discard?

Each play changes the landscape. Each pickup or draw is carefully calculated. A cycle of sense-making, analysis, and decision-making is re-engaged. It's a constant triage of and maintenance of opportunities.

Sometimes you draw a worthless card. The decisions might be easy.

But then, you get to a point when you want all eight (8) of those cards! Discarding becomes a forced decision. You have to throw away an opportunity. Maybe the decision is made more difficult because you've been holding that opportunity since the beginning of the game. You are emotionally attached to that opportunity.

But you have to do it! You must discard against your desires!

But even if young kids aren't doing higher-level number crunching in their heads, they can benefit from overall strategic thinking that relies on concepts rather than calculation. Complexity is about putting these strategic principles into play, rather than (impossible) exacting calculations.


Gin is a simple card game that draws out these critical and adaptive thinking methods and models.

I find more value in coaching alongside and in "real time"...as opposed to debriefing at the end of a game. This way, you get into the head to question the sense-making, orientation, forecasting, and decision-making factors. The feedback is immediate & useful. Again, this is done through questioning as opposed to telling.

The object of the game and the rules of play are the easy parts. It's in the strategic thinking where games are won and lost.

How can we better nurture this mindset in our kids?