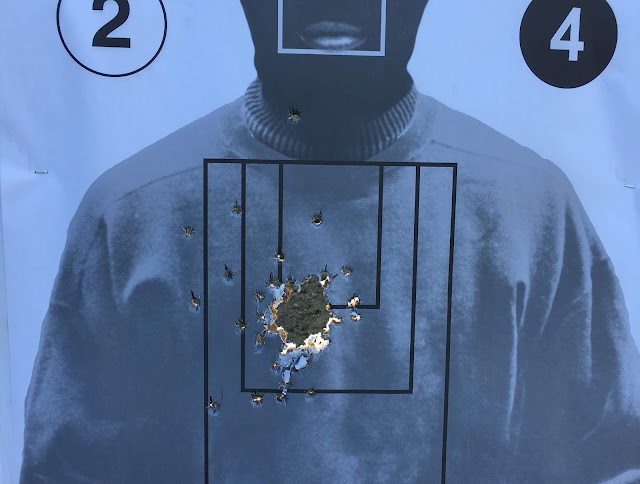 Few want to talk about this. Probably because it violates a mantra we've heard since we were kids:

But there is a trap in seeking excellence. A dark side in hunting for perfection. An unintended consequence for working to be the best you can be.

We have to talk about tradeoffs and compromises. In order to be the best at Skill A, you are neglecting Skill B...or Skill C...or Skill Z. To excel, it means you are becoming a specialist in a narrow skill or topic or silo. Therefore, your cost in seeking excellence in Skill A is measured in the loss of growing some other skill.

As a police tactical firearms instructor, I continually run into resistance with other instructors when I argue that a shooter is "good enough.' As trainers, we are inundated with the same mantra as kids: Do your best. And through it, get our student shooters to do their best.

But that may be doing our people a great disservice. The cost of creating the best possible shooters means I have to pay somewhere else. Not necessarily financially. But paying in terms of the likes of simulated scenarios...or strategic planning...or tactical movements...or tabletop decision-forcing games.

So what's the magical benchmark for good enough? I'm not sure. In a career like policing, the list of skills, knowledge, and experience is broad. Performance metrics are most always arbitrary. Success or failure hinges on any number of links in the chain. Seeking excellence means that some links are getting stronger while others remain relatively weaker.

There is no best recipe in finding that balance. It's up to each of us to determine what is "good enough" for each skill. It's highly subjective. But that's OK...that's what complexity is all about.

It's important to remind ourselves: Every time we say Yes to one thing, we say No to something else.

If we keep saying Yes to the same things, what is it that we are perpetually neglecting?