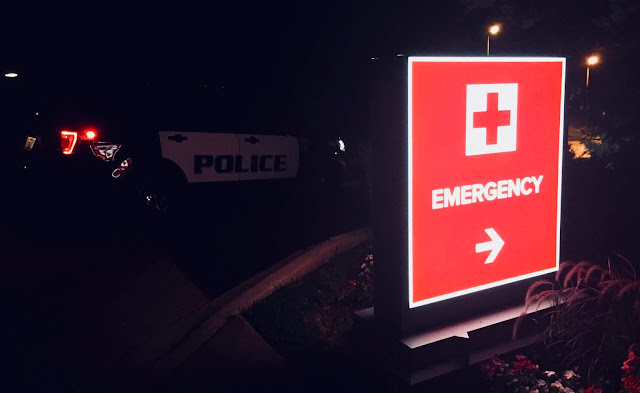 I spent yesterday in a surgical center with a family member. After months of diagnostic and prep work, it was finally time for the operating room. Between the office staff, the nurses, the anesthesiology team, the surgical team, the rehab equipment rental agent...they have it down to...well...a science.

Before the patient was rolled under the bright lights over the operating table, the situation was quite known. Variables were inspected, checked, and double-checked. Contingencies were in place for darn near everything that could happen. But how?

It seemed as though everything they did along the journey, in the surgery itself, and planned for recovery was done with purpose...as if they'd done it before. And they have. Multiple times per day. And not just this particular group of medical professionals. But thousands like them across the country and the world. They have established a collection of successes and failures - from each and every step along the way.

A person who experiences this injury in Alaska responds most similarly to one who experiences it in central Africa or southeast Asia. Or Chicago. There exists a crossover from person-to-person. The replicability of the situation is high. Very high. So high the collective medical community has established "best practices" - the ideal procedures or methods for each and every step along the way.

This isn't to say the medical community is in full consensus or lacks internal debate on the complications. But there are still bounds to generally-accepted practices developed through research and replication. And this is all a good thing. Doctors learning from the successes and failures of an entire industry.

So should the same industry-wide learning be taking place in policing as it is in medicine?

My belief is that it should only in particular aspects. And I use should because of where I believe it can.

Policing experiences much less repeatability than medicine. In policing, there exist far greater number and influence of social, economic, psychological, emotional, and political variables than in medicine. A poor black urban Democrat is cured in about the same way as a wealthy white rural Republican experiencing the same injury, illness, or disease. And if we could take our current knowledge or prescription pills back in a time machine to the 1700's, our current practices would still "work."

** I use quotes around the word "work" because of the (more) objective, agreed upon, and consistent desired outcomes, outputs, or results. For something to "work," it requires getting closer to an identifiable end or future state, including any potential side effects, unintended consequences, tradeoffs, and compromises!

In policing, it matters whether the practices are deployed in Alaska, or central Africa, or southeast Asia. Or Chicago. Or London. Or Vancouver. Or Dallas. And it matters whether we are in the 1970s or the 2010s. Heck, it might matter if it were 2014 or 2018 in the same neighborhood! The variables shift.

And so do the values, the beliefs, the tradeoffs, the compromises....and the politics. All of a sudden the concept of "what works" becomes less objective, less clear, less identifiable. The complexity of society (yet alone each and every culture that can possibly be policed) can barely be compared to that of a single sick or injured human body. Medicine might be complicated...but policing is complex. (NOTE: I find it necessary to explain that I trend towards the Cynefin definitions of Complicated versus Complex - despite its root in software development.)

Policing does have ordered (non-complex) aspects. And oddly enough, they tend to be the apolitical ones too oft ignored by the evidence-based policing (EBP) community. And that's where we should be investing our time researching and devising good practices. These are the situations where we do see replicability, consistency, and carry-over from Alaska, to central Africa, to southeast Asia. To Chicago. To London. To Vancouver. To Dallas.

If the EBP and academic community remains entrenched in the political aspects of policing, it is sure to fail...through a lack of support from both inside and outside policing. The disparity of feelings on topics such as gun control, search & seizure technology, and proactive policing is hardly the place for academic research to solve. Each of these topics has practices that "work" to accomplish an outcome or state -- according to each (political) group's intentions, values, and desires.

EBP's current lack of growth can also be explained in terms of over-fitting - trying to fit what happened last year in Philadelphia to what will happen next year in Chicago. This cramming of "evidence-based" practices into new environments is likely just as problematic as the current mindset of using untested or unproven methods. The difference lays in the level of confidence of the methods, where many academics are arrogant enough to believe they are "right" through the "research." And the practitioner-led methods have a general baseline of effects and outcomes in the exact context in which they are deployed.

So the purpose of this blog is to highlight the problem when EBP'ers use the medical research analogy to figure out "what works" to cure and heal the complicated human body. The most popular story is one of blood-letting - where the scientific mindset of research and replicability proved the efficacy of alternative (now generally-accepted) methods.

Does policing have our own version of blood-letting? Sure. But it's not any of the remotely political or values-based issues that all too many EBP'ers are attacking or trying to reform. It's political campaigning disguised as research by contending best practices are even possible. Do you think we as the United States can really find a "best practice" to car chases, stop & frisk, hot-spot patrols, or predictive analytics? I certainly do not! Decent practices based on legal standards? Sure. But not best practices where the overwhelming majority of a community accepts them as such, as doctors do with medical care.

EBP'ers should instead be finding the repeatable, consistent, and broad-fitting "scientific" topics that help police officers do our tasks. It's probably in the more technical aspects, which are probably also seemingly the least interesting or least impactful to those in the Ivory Tower of academia. (I'll resist the urge to make suggestions yet as to where, topically speaking of course, EBP belongs.)