Credibility & Influence: The Bridge to Fostering Change in Others 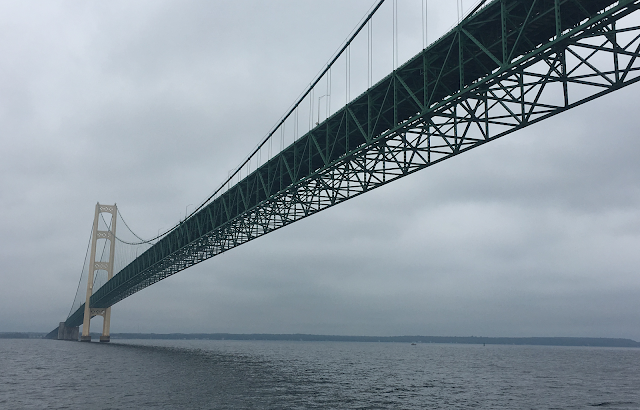 We were in the final weeks of the police academy. All of us students, who had not yet earned the privilege to wear full uniform, were seated in a lecture...in various stages of slideshow coma.

Through a side door walked one of the academy supervisors - an intimidating veteran cop, quick to point out the fault and slow to praise. I'm not sure I caught him smiling even once, not even under his full walrus-styled gray mustache. He was all business, all the time.

We all sat up straight, eyes straight ahead. Then he called out the name: "Hayes!" My name. Why the heck did he want me? No one had ever been called out of the middle of a class like that before...

What followed was a one-on-one lecture in a sterile conference room. A conversation that that started in a way I have not forgotten:


I'm not exactly sure why, Hayes, but the class listens to you. Everyone is a little anxious to graduate and hit the streets. There's a lack of concentration. I need you to reach out to your classmates and get them to focus for a couple of weeks. Can you do that for me?

The exact content might be skewed by a few words...but that first sentence is word-for-word: I'm not exactly sure why, Hayes, but the class listens to you. This came as a surprise. For one, it was the first time this particular supervisor showed any sense of being human. And second, I was absolutely shocked to be singled out as the perceived leader of the class.

After all, I might have been, what you call, the class clown. I was by far the youngest recruit in Class 98-02.  I had zero education in criminal justice. I had no previous work experience. (Up until two days before the academy began, I was driving a warehouse forklift at my summer & school break job. I dropped out of college to accept the police officer job a few weeks before that.)

Don't get me wrong, I considered myself a good recruit. I did well academically, physically, and with firearms at the academy. But I dosed out humor, often at my own expense, to make up for what I believed I lacked.

To be considered an influential member of the group, and by such an authoritative figure as this supervisor, was heavy. He was asking me to do something that he believed he could not. I felt an immediate sense of responsibility, duty, and obligation. I needed to figure out how to purposely exert that influence rightly. But first, I had to personally acknowledge that some of the rambunctiousness was fueled by my own behavior.

When I returned to the lecture hall after that meeting, I felt the burning eyes of my classmates. As soon as we got a break, I was inundated with questions and probes as to why I was singled out. Most assumed it was because of a recent prank I orchestrated. Or the party I hosted with some fellow recruits last weekend!

Over the next weeks, I felt the class re-engage and concentrate. This isn't to claim this was because of me. But certainly, I made a few tweaks to how (and when) I spoke and acted. Maybe I made a difference. I don't know.

I've experienced plenty of ass-chewings by my supervisors since. Many of them stemmed from me speaking poorly of or not supporting organizational changes or campaigns. One particular session accused me of borderline mutiny. These meetings reminded me of that police academy meeting about wielding influence rightly.

Nothing here is a claim that I alone have credibility or influence or that I hold some magical power over my peers and subordinates. Not at all. We all hold it somewhere in our lives. Each and every one of us. We just have to figure out where that credibility and influence lays:
Credibility is a complicated topic. It requires some sense of shared trust between persons. For me to be credible, I need to be seen as trustworthy. I have to be seen as understanding the culture, philosophy, worldview, experiences of those around me. I have to make those around me safe - safe to be vulnerable and explore new things, ideas, and feelings. Others need to believe that I know what it's like to walk in their shoes. Or that I at least hold something of value for them to use. And that I'm doing it all for the right reasons.

Also, I'm not talking about authority here. Being in a position higher on the organizational chart can certainly impact behavior - but oftentimes at a level of compliance rather than true buy-in. While the proverbial "stick" is a motivator of sorts, the results are short-lived, often accompanied by poor side effects.

When I reflect on those who I look up to, I see people who add value to my life. They've done what I've done. They've felt that what causes me angst. They know what motivates me. They share my values and sense of purpose. They can relate to me. They tap into my emotional mind and cause me to readjust my perspective on topics or ideas.

Credibility does not factor in how I see myself. This is about how others view me. It's a self-awareness of asking and answering: Am I worthy of their time, their thoughts, their fears, their ideas? The moment that I expect to be accepted in someone's world as influential or credible is the moment I begin my slide into inconsequence or irrelevance.

I also have to be authentic and real, with a genuine care for the wellbeing of the people. Faking and exaggerating are a certain path to self-destruction. I have to operate within the limits of my knowledge, experiences, and education. Credibility and influence come with bounds - sometimes rigid and explicit ones!

To those I wish to impact, I must show my worth. I have to sell myself as being someone who holds value in their lives. The responsibility is with me to come to them; not them to meet me in the middle. If I am to spearhead change in others, I bear the heavier load. I must sell them.

Change is difficult. Shifting the mindsets and actions of others is only possible through working with those who hold credibility and influence.

The power goes to the bridge builders. As does the responsibility.

Thank you Sergeant SDS, for what's proved to be the most valuable lesson I learned in the police academy. Your credibility and influence is what made take that private lecture to heart. I listened.