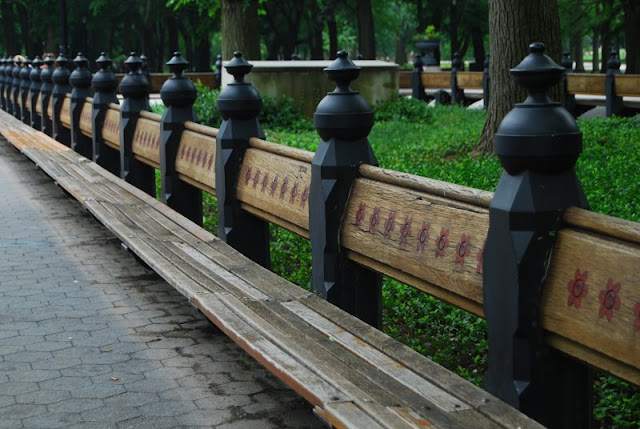 Last month, The CP Journal published a blog titled When is Good, Good Enough? How Leaders Should Talk About Standards of Excellence. I warned the author (& good friend) Patrick Van Horne, that I'd be writing a rebuttal:

Last week, I met with an experienced police officer who happens to be new to my team. What sparked this meeting was nothing at all dramatic, nor spectacular. It was about his traffic crash reports. One of the most boring, mundane, repetitive tasks we do as a uniformed patrol team.

When cars collide with things, police officers make reports. They are some of the most standardized report forms we use - complete with fill-in-the-boxes, numerical codes, drop-down menus, objective data. While not every time, this sort of objectivity matches well with the vast majority of traffic crashes.

In this case, objectivity and standardization is good. That is...until you flip over to page #2 and find open space - for a diagram & a narrative. All of a sudden, the reporting officer has discretion - on how to write a story about what happened before, during, and after the collision. The officer has allowances to express his or her creativity in writing.

In my meeting with the officer, I explained his narratives were really hard to follow; they were too wordy, too formal, with too much jargon and unnecessary boilerplate cop-speak.

His reports met standards set forth by policy, State Police guidelines, and...the English language. But they did not meet my personal and subjective expectations of excellence. Nor those of most of the other supervisors or command staff.

My main dissent is the use of the word standards and the fallacy of objectivity. My disagreement with Van Horne's article might be put to bed with the adjustment of terminology.

In his article, Van Horne uses an example of de-escalation in policing. He makes an excellent point about the social skills of the current generation of police officers:


Historically, de-escalation was something that officers did (even if it wasn’t called that) and they relied on common sense tactics to do that. But as technology continues to erode previously normal levels of social skills and as people become less attuned to non-verbal cues that can reveal a person’s emotions (whether that’s aggression, submissiveness, or discomfort) new types of training might be required to ensure that each officer is capable of meeting these standards.

I've been a long time supporter of Van Horne's (and his co-author Jason Riley's) book Left of Bang. In it, they describe human behavior clusters...beyond body language, non-verbal indicators, and facial clues. These clusters have helped me design training for police officers and detectives that includes use of force, interrogation, victim assistance, witness interviewing, crisis intervention, and more.

Police functions and operations are not merely technical or mechanical, but also human and emotional in nature. Public safety emergencies come in all sorts and levels of predictability, chaos, structure, clarity, and complexity.

The skills used by police officers range from highly technical to highly organic. Some of the skills can be objectively evaluated through structured and validated proficiency tests. But other skills can barely be described or articulated by our vocabulary, let alone some sort of standard. How can we possibly codify human interaction and conversation? Can we at all? If so, to what scope?

I recall one of my first partners. In every sense, he was an old man -- vastly experienced, highly educated, unassuming small stature, gray balding hair, friendly demeanor. (I was the big, young Hulk.) We would joke that my partner could "sell a ketchup popsicle to a woman wearing white gloves." He could talk the most agitated drunk into the back seat of the squad car without laying a finger on him. My partner's skill was amazing! He once told me, "I'm too old, too weak, too small to be fighting these guys into handcuffs like you do."

To associate an objective standard with how my partner de-escalated chaotic and violent situations is impossible. I can barely describe it, except through a night's worth of stories and anecdotes. How he policed was extremely personal, unique, creative...and at times...unpredictable. But it worked.

Another part in Van Horne's article that I particularly appreciate is the seven questions he poses in the "Identifying Gaps in Performance Standards" segment.

In it, Van Horne continues:


Identifying standards in decision-making is a hard task because it is easy for an evaluator to hold someone to a standard based on what they think they would have done in a similar situation. Not only is that impossible, it is also very subjective. But what you can hold a person to is the ability to choose specific factors that should be used in making a decision (like whether the person is becoming more dominant or beginning to transition out of dominance), and their ability to use each of the four techniques and not rely on just one style that is natural to them.

Yet, our society and our organizations continue to seek scores. Or at the very least, some sort of pass-fail test. And what I see is organizations designing tests and evaluations based on arbitrarily-picked benchmarks...where both the environment and the function are unique and subjective. And then these standards are used for selection, retention, promotion, discipline, and termination.

I believe we are forcing standards where standards should not exist. As an example, Van Horne writes:


The standards are not arbitrarily defined at the beginning of the process based on some obscure definition of “perfection,” but the standard that each individual has to meet in order to be successful in their job.

How do we articulate the decisions, behaviors, attitude, mindset, and personality of that of my old, gray-haired partner from years ago? Of all the officers and detectives I've ever worked alongside, he epitomizes perfecting what we might call "social skills." He demonstrated not only excellence, but perfection.

I learned a lot from him. I mimicked him and wanted to be more like him. I used my time with him to grow my own individualized ways to better connect with people...both on and off duty. And years later, I still use his image as the vision for how we should prepare our cops in people and conversational skills.

So if he is the score of perfect 10, and the biggest asshole you've ever met is score 0 -- how do you determine what score becomes acceptable on your team? Is it a 6? 8? 5?

Who gets fired? She with a score of 4?

I believe this is about organizational values and concepts. These are subjective. Attempts to quantify them or give them scores is a slippery slope. Objectivity should remain with technical, mechanical, repeatable skills.

We need to develop a language and vocabulary to properly articulate and describe our team members' decisions, behaviors, and actions. I believe it's OK to keep some of these human and emotional skills as subjective ones. They will always be based on opinion, interpretation, expectations, and individuality.

Much like the young police officer and his traffic crash reports. We had a personal conversation about what excellence looks like. It might look different to me than him. And that's OK too. I need to be open enough to hear his opinion, his reasons, and his justifications. As does he about my expectations and perspective.

That private conversation opened the door to a whole lot of other related topics we ended up talking about. That's how we get excellence in our teams. Not through checking boxes on whether someone meets standards or not.

Questions remain. What's the best we seek or the worst we are willing to accept? And how do we justify that decision to award or discipline?