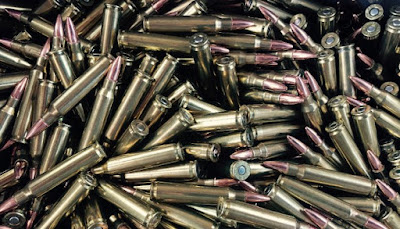 It's been a half-dozen years since I became infected with the problem-based learning virus. Some call it a shift in teaching style; I see it as a radical and revolutionary flip upside-down. My personal experience has been that positive and significant. As have the results in our learners.

I joined the police department's firearms training unit in 2001. Immediately after receiving my instructor certificate, I began training police officers to be the best shooters they could be. I taught my shooters using the training techniques that I learned from my instructor school...which, predictably, where the same methods that my academy firearms instructors used on me.

It's the perpetual loop of "we teach the same way in which we were taught." I found myself recycling old drills. These were repetitive technical exercises - static marksmanship, reloading, clearing stoppages or malfunctions, shooting with opposite hands or from different body positions. Perfect practice made perfect performance.

But something had started bothering me. I noticed that even though our cops had become better shooters, it didn't translate into better performance on the street or in realistic scenario-based simulations. In essence, I questioned the correlation between our training and reality.

Were we, as firearms instructors, spending our time appropriately? I was skeptical if this industrial and mechanical approach to teaching was what was best for our shooters. Had we reached a point of diminishing returns?  Should we continue to practice certain skills (that were statistically insignificant in their chances of being called upon) in effort to shave off fractions of seconds?

What if, instead of training our police officers to be the best shooters possible, we allowed them to be good enough shooters? How else could we spend the time and efforts (that were previously used to practice extremely slim-use or narrow-application skills)?

We discussed these questions inside our training unit...and decided to experiment with unorthodox educational methods. Academia had been studying these "new" methods for years. However, these research-based formats and styles had not been applied to law enforcement training. (Sadly, most police instructor development programs still concentrate on giving better lectures, rather than how to use a variety of learning methods.) Chief among the philosophic changes: stop telling WHAT to think and start nurturing HOW to think.

Which brings in a parallel dynamic: Quit calling the students shooters and start referring to them as thinkers. How we identified our learners made a positive difference. I attribute two sides to the phenomenon:


There would be no more task replication or choreographed manipulations. The focus transitioned to "soft" problem-solving skills -- adaptability, teamwork, and communication. One of the more significant changes was that, as instructors, we would have to "steer" every drill or exercise with a challenging situation or a scenario. Our thinkers would have to diagnose problem(s), determine the goal(s), develop a broad strategy, and take action. Usually with live firearms. And maybe shoot too.

This required our thinkers to create fresh and potentially untested solutions on the fly. And then make adjustments when things did not go as planned.

This unpredictability in our thinkers' performances brought new challenges to the firearms range, specifically that of safety. Our trainers had to ensure that wacky, unexpected movements adhered to basic safety principles - concepts that transcended range safety into what was also considered safe for the street.

We had to consider another aspect of safety too: a safe environment for our thinkers to make mistakes or fail...without fear of embarrassment. As our learners explored new tactics, movements, and solutions, they needed to be protected from ridicule or judgement. This required us, as trainers, to alter the way in which we provided feedback, which often included our students debriefing themselves.

Surprisingly to many classically-trained weapons trainers, this revolution to problem-based learning on the firearms range brought tremendously positive results. It surely goes against-the-grain of the long-standing mechanical approach to physical skills development. It was no longer just about the 10-ring or the stop watch; it was about mental processes, outcomes-based learning, and resilience in the face of frustration. (As an instructor, it was really difficult to step back and "permit" our thinkers to fail over and over again...especially when the answers seemed so clear to us.)

Giving that sort of control to students with live ammunition and a license to make their own decisions is a risky endeavor. There are tradeoffs with safety and growth. It requires both instructor and learner to be vulnerable.

It also demands we actually see our students as independent thinkers who can express themselves creatively and uniquely...and the mindset that we as instructors are not the sole authority of knowledge. When we started referring to our students as thinkers, we saw growth like never before. While we don't know exactly why, it doesn't really matter to me.

Now...if only we can change the name of the "training unit" to the "learning unit." Maybe even more focus will be on the learning, rather than on the teaching. I'll have to get the rest of our learning facilitators on board....

Lou Hayes, Jr. is a police training unit supervisor. He began his "educational career" as a firearms instructor, and now focuses his coursework on adaptive decision-making. Follow him on Twitter at @LouHayesJr.