In the last few hours, I have fielded several requests to make comments on the Ferguson Missouri situation. Most of the interest arose from a revitalized post on analyzing the NYPD Glenn Broadnax incident. Here is my highly abbreviated analysis and setup of the situation in Ferguson, from a complete outside perspective. (I recommend reading the linked post regarding NYPD and Broadnax so I can limit the length of this post, including my background, training, and experiences.)

The unfolding situation in Ferguson, Missouri, has several layers. Each is related to the next. There is some causality between some layers.  Some layers merely amplify the problems and concerns at the other layers:


While related, each of these can be analyzed separately. Here are few quick points I want to raise:

The pre-shooting relationship between Ferguson Police and the citizens. I think we can all see why it's so critical for police to have a relationship built upon trust and confidence.  Trust means that when things fall into question, each side gives a benefit of the doubt until questions can be answered in entirety. Why was the relationship so shaky? Is it because of a deep-rooted racial divide? Did the police officers respect the citizens and community members? Did the officers make genuine attempts at developing positive relationships? Did the community take advantage of community policing programs (if available)?

This whole situation seems to be continually cycling back to the fractured relationship between the police and the Ferguson community.  Maybe it's more simple...as a black-versus-white issue that's been brewing for years.

The shooting incident of Michael Brown by a Ferguson police officer. No one knows the facts yet. No one. Not even a camera worn on the officer's body would have accurately captured the facts. How did the contact between the officer and Michael Brown begin (and then progress): consent stop? Terry stop? Arrest? For what crime or belief?

Also, did the officer use a strategy or tactics that caused the confrontation? This includes things like: tone, attitude, word selection, distancing, cover, proximity, speed of movement, etc. This goes back to  whether or not the officer created his own jeopardy or threat. (It's better to be potty trained than know how to change one's own diaper.)

Police officers are controlled by two separate sets of rules: agency policy and law. Policy is usually not what the public contests. It's usually law. Law is clearly defined, though sometimes a tad different by state or judicial circuit. However, the major issues are established by the US Supreme Court. One of the major decisions by the court is that of "objective reasonableness." Officers do not need to be correct; they need to be reasonable. Further case opinions begin to interpret what is reasonable and what is unreasonable.

Citizens use facts discovered AFTER the incident to judge the officer. This is completely unreasonable. We need to evaluate the officer by what he knew and believed at that exact time!!!

There are plenty of cases where the shooting of an unarmed person is completely REASONABLE. They are, in fact, so numerous I won't even begin to cite them.


The police investigation of the shooting of Michael Brown. Sadly, few citizens and few police officers/investigators actually understand the dynamics of human perception, behavior, and performance under rapidly changing and stressful situation (as I surmise the shooting incident was). Researchers, such as those at the Force Science Institute (FSI), have been looking into these issues.

Additionally, the scientists at the FSI look into the best ways to collect statements, perspectives, and recollections from witnesses to and officers involved in shootings. Part of this requires a delay of several days for the most accurate depiction of the incident. This delay is necessary, but heart-wrenching to those who want answers.

The public also needs to be reminded that the officer did not have to be correct. Only reasonable. This is the best that we as the public (yes, I am also the public as well as a police officer!!!) can demand in the tense, uncertain, and rapidly changing environment of public safety.  Asking more is a pipe dream.

The public response to the shooting of Michael Brown. Answers cannot be immediate. (See above regarding investigation delays.) But when there is a delay on something questionable, a healthy relationship between the police and the public is necessary to allow the process to work. When there is no trust, then the emotion and immediate thoughts migrate towards believing the worst. (See above on pre-shooting relationships.)

No amount of public protest can speed up the process. Especially not violent and provoking protest. When threats are made against the police officers and their families, then the protestors are escalating the volatility of the situation. They increase the danger, urgency, risk, and threat.

Again, most citizens do not understand procedural case law (sadly, neither do most cops). The public has been using facts and rumors discovered AFTER the shooting to evaluate the officer's decisions and actions.

The police response to the public response. The police have a duty to protect property and life. They have to be prepared to deal with what can happen. Being heavily armed and armored is the best way to mitigate those potential threats. But the same weapons and protective gear looks highly intimidating and OFFENSIVE. It appears to be more like a military occupation than a community police agency.

Are the police officers PROMOTING an "us versus them" mentality...where the police see themselves as being separate from the citizenry? Maybe. If so, this is unhealthy.

The public response to the police response. Are the police over-reacting? Maybe. Maybe not. This is a national concern regarding the role of police officers (and government as a whole.) I have my concerns with the over-militarization of police officers...but it has more to do with their attitudes than in the equipment, gear, weaponry, and vehicles.

Angry people make cops angry. (See above on angry cops!) Not that it's right, but people who provoke authority should expect an equally provoking response. That's human nature....which operates at levels much more foundational than law or policy!!

These last three points cycle back up the first point - the relationship. It turns into each side digging in their heels against one another.  And that is bad for everyone. We are actually on the same side - police and community. Unfortunately, that takes YEARS and DECADES to make a reality.

Right now, there are no answers. But I fear the right questions aren't being asked. I hope to have posed some of MY questions in both this post and in my Broadnax post. 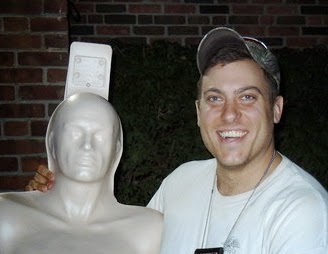 Louis Hayes is a systems thinker for The Virtus Group, Inc., a firm dedicated to the development of public safety leadership. He is a co-developer of The Illinois Model™ law enforcement operations system (LEOpSys) and developed several courses rooted in its theory and concepts. He is a 17-year police officer, with current assignments as a Crisis Intervention Team (CIT) member and a tactical officer for a regional SWAT team. Lou closely follows the trend of a seemingly over-militarized police culture in America. He tries his best at maintaining an old fashioned, beat-walking, community-policing attitude...even while wearing body armor and an AR15 carbine. A full compilation of articles on The Illinois Model can be found here.

If you like our ideas, join our secure group on LinkedIn.
debrief use of force