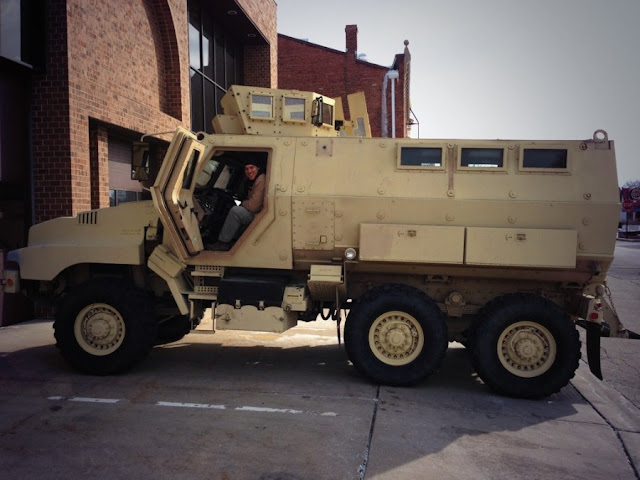 The days of the SWAT "bread truck" are left to 1970s television shows. Any disparity between SWAT cops and patrol officers continues to shrink. The gap that separated revolver-carrying beat cops and armor-clad SWAT operators has narrowed, evidenced by the superior equipment being deployed by everyday (and every night!) neighborhood police cars. Less obvious to the onlooker is the tactical training now available to patrol officers.

I have been saying it for years. There is no such thing as SWAT tactics - just POLICE tactics! Those who separate SWAT movements and strategies from those of the rest of police units have fallen for the Specialist trap. Today's SWAT teams must train and prepare so their movements smoothly integrate into any police department unit, assignment, or division for any problem or incident. And this means an end to the way we've come to know SWAT.

The military uses a phrase Force Multiplier. In civilian law enforcement, that term may not sit the best. Maybe a slight adjustment to Options Multiplier or Manpower Multiplier are more palatable to Americans. Regardless of the phrasing, the future of SWAT is:
So instead of having twenty SWAT operators replace the first responding patrol officers at a critical incident scene, the operators integrate themselves into leadership positions among first responders. These SWAT operators can positively affect the response and actions of others, thereby multiplying their effectiveness. Instead of a full contingent of SWAT operators serving high-risk warrants, a smaller group of tactical experts develop the strategy and tactical plan...and deploy ahead of or alongside originating units such as bomb, narcotics, fugitive, or detectives.  In cases of active killers or terrorism, ten SWAT operators are no longer just ten individuals on one team - they are potentially the leaders for TEN TEAMS!

But in order for this to become a reality, two changes must take place. The first is that there must be a change in the (tactical) training methods for the general population of police officers.  The second change is that SWAT must change the way they train and prepare.

What is wrong with non-SWAT tactical training? "That's SWAT shit! We don't do that!" - as uttered by a fellow firearms instructor. The attitude was such that there was an impenetrable barrier that defined the upper limits of tactical and weapons ability for patrol officers. There is another shortcoming: that there are only two options for patrol (or other non-SWAT) units...
Those two strategies don't allow for a lot of "speeds" or options in between. Lastly, there is a certain amount of "dance rehearsal" in police training that does not mesh well with even minor changes in terrain, situation, manpower, or positioning. Recall your last felony car stop. Did it look like it was "supposed to in training"?

What is wrong with SWAT training? In a nutshell, it's too damned inflexible. The rigidity of formations or tactics require a tremendous amount of practice (or is it choreography?). That's the recipe that makes SWAT extremely good at what they do - but also why they exclude others, hopefully inadvertently, from their tactics.  Because the movements are so rehearsed, they are not very adaptable when trying to bring in others without the same level or exact type of training. These operators have painted themselves into a corner, without the ability to conform or adjust outside their "team." This is most clearly proven by the inability for different SWAT units to work alongside each other - their tactics aren't compatible. I've seen this not only between two completely different local teams....but also within the SAME department's team that has broken into different platoons. Imagine two groups of operators wearing the same badge and patch under the same commander that have morphed into two distinct animals that cannot play with each other!

Part of the answer is concept-based tactical training.  This means that SWAT and non-SWAT units alike must agree upon a set of overriding principles that guide their movements, formations, responses, and tactics. The concepts must be general or universal enough so that anyone can work and communicate with anyone. There must be a highly-adaptable system so all the parts of the machine work together for the problem. Once specialization or technique takes precedence over concept, there will be incompatibility and in-adaptability.

This doesn't mean that SWAT teams lower their standards. No, not at all. But the change to concept-based training is a big one....especially for experienced teams with lots of time together. I am also not suggesting that teams of patrol officers led by SWAT operators will function as effectively or efficiently as a same-sized group of SWAT teammates. But what I do claim is that five patrol teams each led by SWAT operators have a higher potential for success than four pure patrol teams and one pure SWAT team.

We are all on the same team. We must train and prepare like it.

The deployment of full 30-man SWAT teams is becoming limited to hostage rescue and long-term standoffs. Otherwise, operators are being asked to compliment other units such as patrol, K9, narcotics, gang, investigation, and fugitive teams.  And the cohesion sucks. We have poorly trained our specialty units in ways that make them over-specialized. Perhaps a case of unintended consequences. The above-described future of tactical policing is on the horizon. We must acknowledge its arrival and make some much needed changes to our training methods.

One day we will have an overriding philosophic and operational "system" for all law enforcement. That day should be sooner than later. It just takes a little courage to make the change.